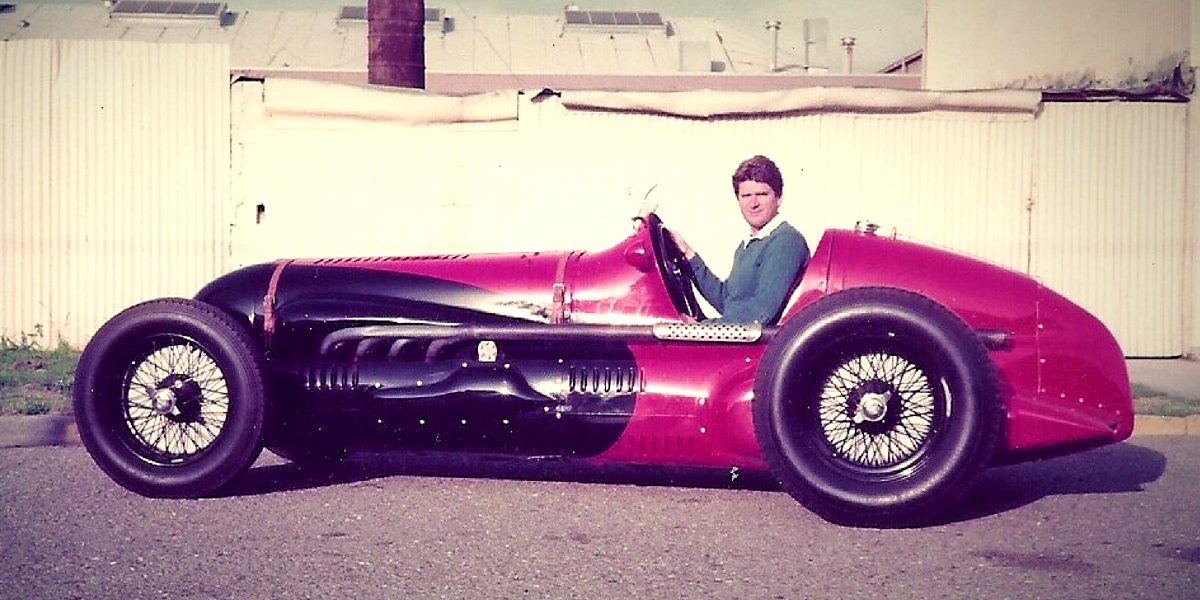 The meeting with “Poison Lil”

In 1948 at Watkins Glen New York the first post-war road race was held for the Members of the Sports Car Club of America which had formed just after the War.
I wrote in past that I helped my dad mix the aviation gas and benzol brew that would power his Alfa Romeo 8C 2900 B Berlinetta to two overall race wins on the twisty town and country circuit. There was an eclectic mix of cars for the races. One of these was a full-blown 750KG GP Maserati V8RI. This car had featured before the war in the hands of George Rand and had won many of the AARC events run in the North East USA.

After the war, the car was purchased by another enthusiast George Weaver. It was George in his Maserati that led the first two laps of the Glen circuit with my father nipping at his heels in the Alfa. On the 3rd lap, something went amiss in the engine and the car rolled to a stop. The rest is history. My father went on to win both the events. 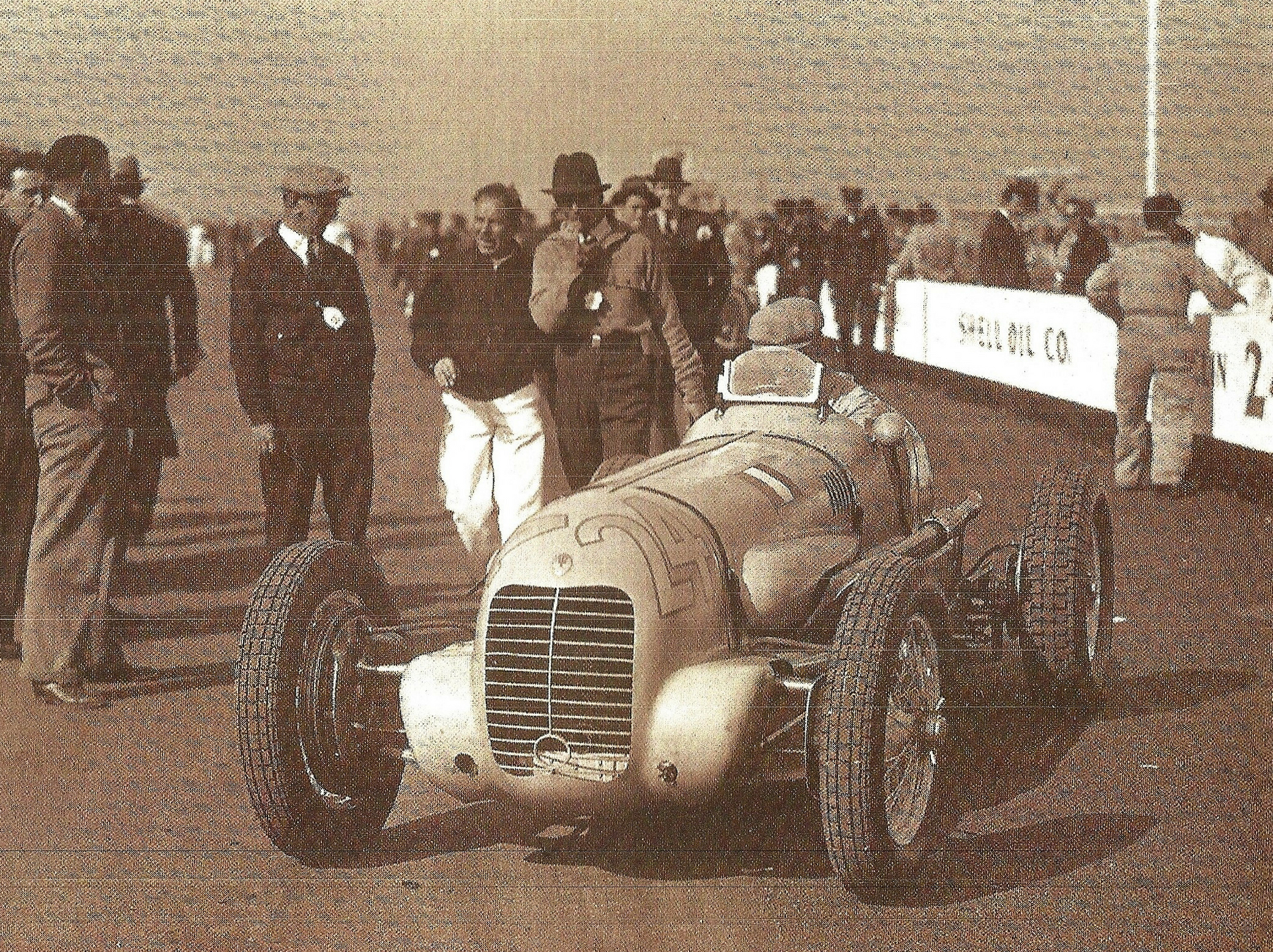 George campaigned the car in a multitude of events in the SCCA formula Libre class always leading, but often not finishing. It wasn’t a car for an amateur racer due to its complexity. After some years the SCCA changed its classes and the car was excluded from competition and retired to George’s garage in Thompson Connecticut. George loved GP cars and had acquired several other Maseratis a 4CL and a 4CLT 48.

When I was living in the UK I heard that George had died and that some of the cars were for sale by his wife Barbra. She had been taken advantage of by an English man who effectively had stolen a complete car when he had bought some spares by loading another disassembled car in his truck and leaving without her knowing. I had told her about this and she was able to stop him at the Port of NYC before he was able to load everything on a ship and return to the UK. As a result, Barbra and I became good friends so when I called her about the cars she wished to sell she was very keen that I would become the new owner.

As usual the I had a liquidity problem so I offered to take the Maserati V8RI and restore it completely as payment for the 4CL and the 4CLT. She talked it over with her daughter and they both decided that this was a good idea so a transporter was sent to Connecticut to collect the three cars and bring them to California to my restoration shop. 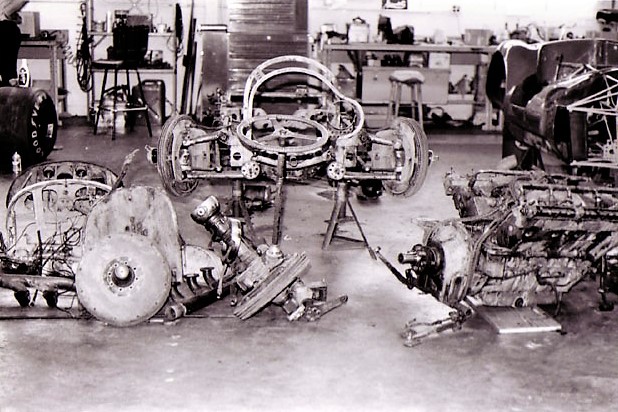 When they arrived I put Nino Epifani in charge of restoring the Maserati V8RI before I touched the 4CL or 4CLT. It took about a year to bring the V8RI back to like new condition. The engine was tested on our Dyno with 350 HP on methanol and it was mated to the car. I took it for an exhaustive test at Sears Point circuit and the car performed to perfection.

I had received an invitation from Tom Wheatcroft the owner of the Donnington Circuit in the UK. He wanted the car for a race and would then place it in their World famous Racing Car Museum. They agreed to pay all the costs to transport the car and invited Barbra as their VIP guest. 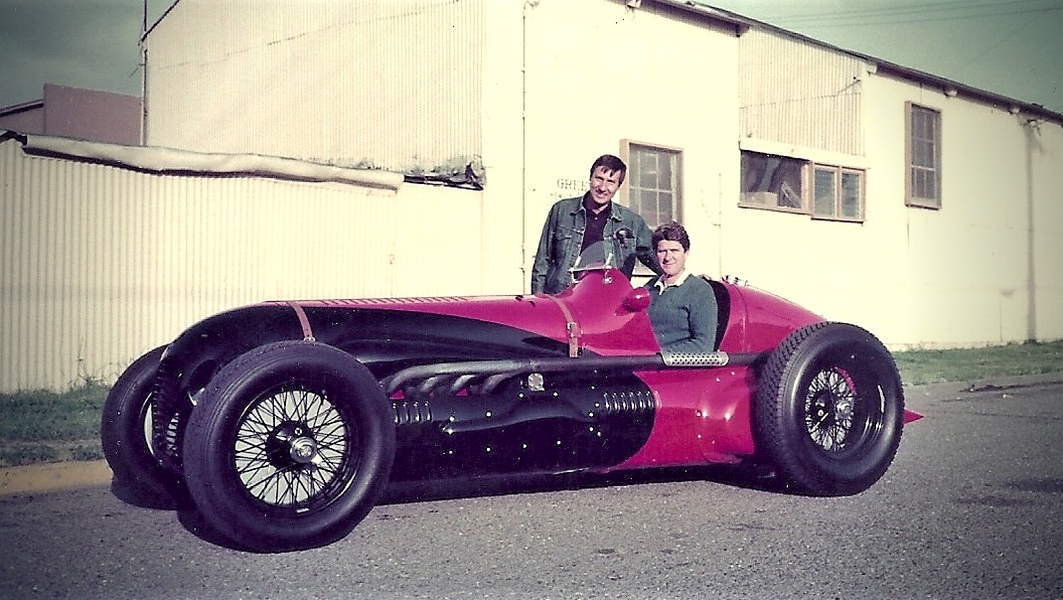 It was great for Barbra to see George’s car running again after so many years and she was filled with emotion when she heard it fire up for the first time in 30 years. She and Tom got on really well. He was a great host.
I qualified the V8RI 5th which was a really good result. Race day was beautiful and sunny and I lined the Maserati up in the 5th slot on the grid for the start. I made a great getaway and found myself in third place and for 2 laps held this position.

All was going great. On the 4th I noticed a small loss of power and noticed the water temperature rising. I slowed slightly and then was engulfed by a cloud of steam. I pulled to the side of the track. The race was over for me and the Maserati V8RI. I felt really embarrassed. I was dreading to explain to Barbra. When I returned to the pits I found her and explained what had happened. She wasn’t the least bit upset and looked me straight in the eye and said:” Why do you think we call this car Poison Lil?”. I already knew this was the name they had used for years and now first hand, I knew the reason why!