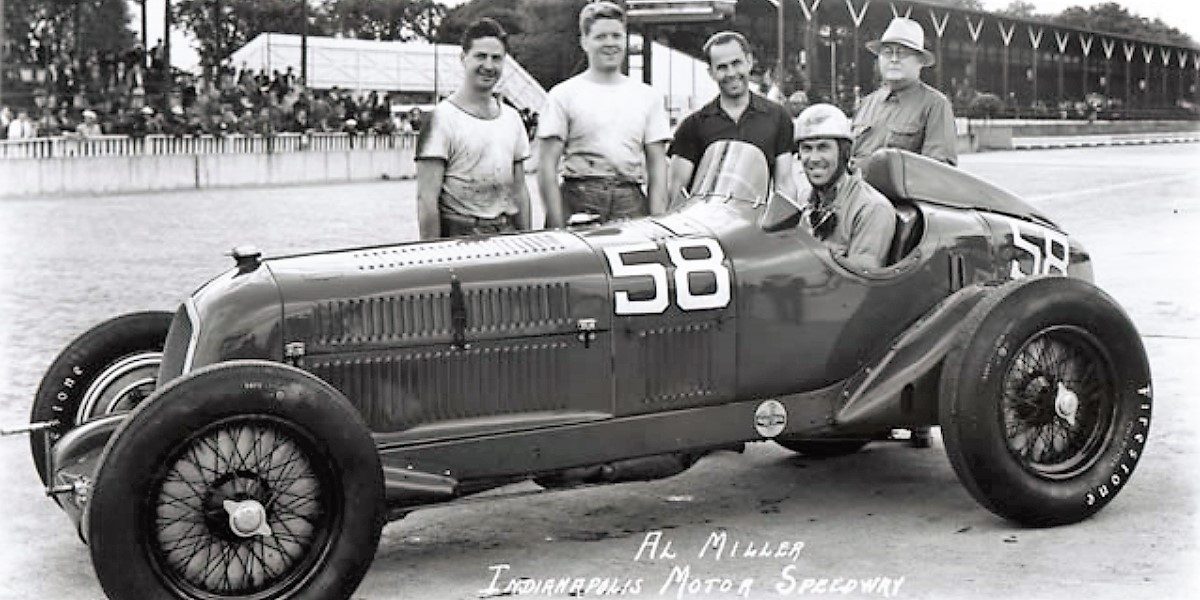 Starting with this first article, I will try to share with you some of the wonderful moments that I have enjoyed for the last 66 years with some of the greatest racing cars ever built.

How it all began

I was born in Bryn Mawr, Pennsylvania, on May 28, 1940. Unlike for most newborns, my father, Frank T Griswold, was nowhere near the delivery ward in the hospital. He was at Indianapolis Motor Speedway with his Alfa Romeo P3 Monoposto entered for the 500 mile race.

The car, with Al Miller driving, arrived 13th OA, even though it was already 8 years old at this time.

Note: in many races, I used the number 13 as a race number even though it is considered very unlucky; it worked for me!

My father Frank, the second from the left, would win the Worlds Fair road race 2 months later, at Flushing Meadows NY, driving the same Alfa. Afterward, the War years arrived and there was no more Motor Racing in the USA.

During the War Years, my dad worked for the USA Department of Defense manufacturing products for the War effort. He had a state-of-the-art machine Shop called the FT Griswold Mfg. Co. at Wayne, Pennsylvania, on the Philadelphia Main Line. I was brought up in this environment and from my earliest age took a real interest in all mechanical things especially cars. My dad also had a small workshop at our home, where he maintained the Alfa P3, and this is where I spent all my time after school.

His main activity, however, was high-precision machining and manufacturing of optical measuring equipment. In 1948, the newly founded Sports Car Club of America decided to stage the first road race after the War for its members at Watkins Glen, New York, in the Finger Lakes district. The circuit was laid out on public roads, some of which, were unpaved. Watkins Glen later became the home for the US Grand Prix and a permanent circuit was built, which is still in use today.

My father won both the races in his beautiful Alfa Romeo 8C 2900 B Berlinetta. He had purchased this car from Studer, the Swiss Alfa importer, in Bern in 1947.

Before the race, I had to help my dad mix an evil blend of 100 octane aviation gas and benzol for the Alfa: I was hooked! I can still smell it even today, after all those years.

From that point on, my whole life would revolve around racing cars and racing.

Watkins Glen 1948. My dad in his winning Alfa Romeo 8C 2900 B Berlinetta following George Weaver in his 1936 Maserati V8 RI (I later restored and raced this Maserati).