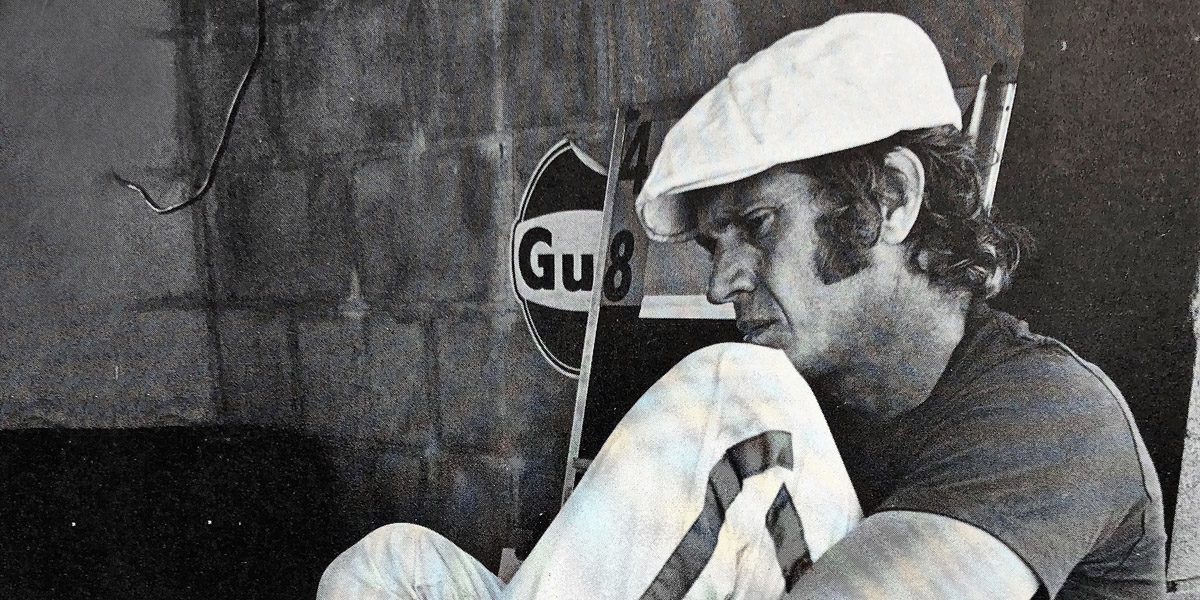 The unique Hollywood start had such a reckless life that he inspired singers, film directors and generations of youngsters. Terrence Steve McQueen was born in the Indianapolis suburb. He had a difficult adolescence, spent between the street and the community centre. He had three months in the Navy and then several jobs, tiler, gigolo, taxi driver, cobbler… the turning point came when he signed up for an acting course.

Ironic, rebel, eccentric, very sweet with children, he was always convinced that you need to do your best in life. He was a great fan of racing cars and motorbikes: in 1969 he subscribed for the Baja 1000, then he participated in other races in California, winning a Porsche at the Holtville Sports Car Club race. He broke his skull and a foot in a motorcycling race. Steve and his partner, Peter Revson, came second, twenty-two seconds after Mario Andretti, at the 12 Hours of Sebring.

McQueen and Sturges decided to film “Le Mans“, the film about races par excellence. The German manufacturer gave a free Porsche 908, used for some of the shots, while Steve drove a 917K. The film was a failure in terms of public, on an emotional level and financially, even if critics praised the action sequences. “On any Sunday”, by the film director Bruce Brown, was a lot more successful, and it was a dramatic documentary. On 2nd October 1980, he publicly declared that he had cancer and he died of a cardiac arrest on 7th November, at which point he owned 55 cars, 210 motorbikes and 10,000 knives… Steve’s generous and restless spirit was dissolved in the Pacific, in a red-streaked sky.