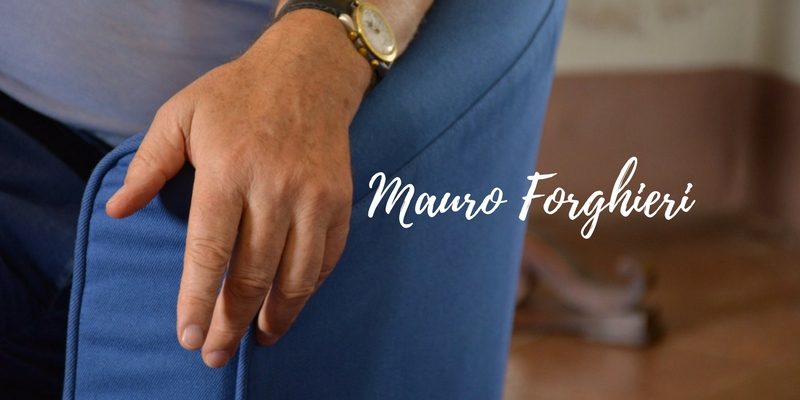 – What is it like to win?
– Look, I don’t want to sound like someone who shows off but the truth is that for us, victory was logical. Even in ’63, when we won for the first time, we didn’t get too excited either. We accepted victories with a certain sense of calmness because the fact of passing the finish line – in our logic – was part of the circuit. We took it nearly for granted. Otherwise, the sacrifices made by the mechanics, the drivers and the engineers would have been in vain. If you do this job, victory is part of your way of thinking: either yes or yes. Otherwise, it’s impossible to think about leading such a lifestyle…
– What do you mean?
– A lifestyle so full of sacrifices.
– And what about the drive to go on, was it the victory that fuelled that?
– Yes, the victory. And the passion. A lot of passion.
Mauro Forghieri chats with tranquillity, surrounded by the eighteenth century Villa Clementina. He has fine hands and his face is lined by the years. The passion which he talks about is still within his body and it’s visible… even if his meeting with the car industry wasn’t actually love at first sight, but rather a matter of Destiny or of fortuity, whatever you may wish to define it.
When Mauro Forghieri was a child, he liked building galleons – “the Spanish ones, with square sails”, he points out – but his passion was aeroplanes. Especially fighter planes: he used to draw them, build them and dream about them.
– When I became the manager of the racing department, at Ferrari there were two very good designers from Reggiane: people who truly saw the Re.2000 which I was in love with when I was a child. 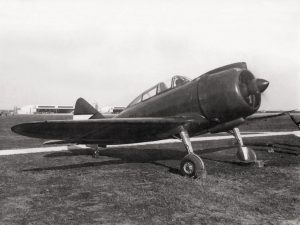 – And what happened afterwards: did you change your mind during your journey?
Forghieri smiles. He has the large windows of Villa Clementina at his back, and you can hear the noise of the wind shaking the top of the trees.
– Actually, even later, during university, I was convinced that I wanted to work with planes. I think that it was then that my childish passion was turned into a final decision. It happened during a trip to the USA when I visited a factory of plane engines, the Northrop. There was a marble slate at the front, which reported a sentence which surprised me. It sounded more or less like this: In theory, the hornet shouldn’t be able to fly as it’s too heavy and it has too small wing surface. But it doesn’t know that, and it flies anyway. I don’t know, I found that sentence to be beautiful, so I thought to myself: “I want to come and work here!”. That was in the ’60s and at the time, moving to the USA wasn’t the easiest and quickest thing in the world, so…
– So didn’t you ever fall in love with cars before? Did they ever attract you?
Forghieri is thoughtful, then he nods.
– Cars… do you know what I used to do when I was a child, in Milan? I used to go out onto the balcony and watch them passing, trying to recognise them. Those which I was never wrong about where Aprilia and Ardea. I recognised them from behind.
– You said in Milan. What were you doing in Milan?
Forghieri catches his breath. I know that I will have to tell a long and intense story. 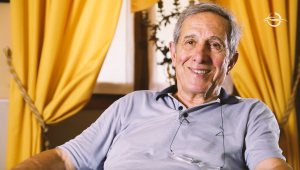 – At the time, my grandfather was a friend of Mussolini – however – that was when Mussolini was a socialist. He was also a friend of Pertini, who remained a socialist. When Mussolini changed “beliefs” (let’s call it like that), my grandfather went to France and started writing articles for “Avanti”. This made their relationship collapse, even if their animosity was always contained. Of course, coming back to Italy would have been a wrong move. So my grandfather ended up settling in France for a long time and his son Reclus – my father – stayed with him too. Then, over time, my grandfather stayed in Paris, while my father moved to Montecarlo. He was an excellent engineer and so he became very sought after by the local clients, who were luxury car owners. I didn’t inherit much from those two. During the war, I lived here, at Villa Clementina with my mother and my uncles, which resulted in me being a bit of a little “bastard”. I mean, that I took different things from two different worlds. 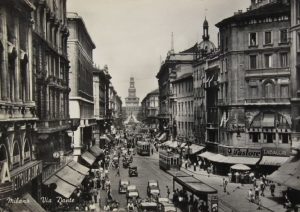 Mauro Forghieri tells me about his travelling childhood, just like the childhood of anyone who lived through the war years. At the time, settling in a place was a luxury which few people could afford. A home was only a tent where you stayed before you sailed to a new destination. He stayed in Naples, Modena, Milan and Abbiategrasso: Forghieri’s childhood bounces against the walls and fences of a divided Italy.
– My mother tried reaching my father, in Naples, because she was afraid that the war would have separated them. Which actually happened, because the Americans cut Italy in two and we had to get back to Modena. Where schools had already started too. Do you know how it ended? That I was “adopted” by the Ursuline nuns and I found myself in a class with only females. They placed me in plain sight, at a separate desk which was raised above the others, at the bottom of the room. It was interesting to be in a female school. I needed it to notice the difference that there was at the time between the teaching given to women and that of men. Yes, I lived a travelling childhood but it was normal at the time. I also lived in Milan – that is where I enjoyed recognising the cars which passed by – and also in Abbiategrasso, at the house of my aunt “Elettrica” (“Electrical”)… that wasn’t her real name, but she travelled so much that the family nicknamed her that. Then, one day, the war was over and my father reached us again. He came from Naples cycling on a bike, with everything which he had left loaded on the back of it (which was very little). When he arrived, he had a long beard!
– Why was your father in Naples? 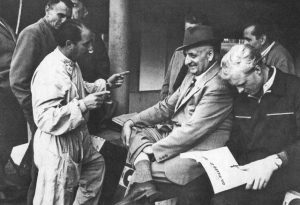 – At the time, he worked for Enzo Ferrari, but since he was well-known as an excellent engineer, during the war he was militarised in Naples, where he was co-opted by Ansaldo. The arrival of the Americans though re-shuffled the cards, causing a general getaway. Amongst those who decided to flee, there was also a colonel who had entrusted the keys of Parco Caruso to my dad, where all of the Italian Genius’s equipment – all of it – was deposited. When the Allies arrived, my father preferred not to keep those keys – which were as hot as fire – and he decided to hand them over to the new arrivals. Personally, I don’t know whether I would have made the same choice. Maybe I would have waited until the end of the war to hand them over to the Italians, but who knows… maybe he made the right choice. Once the war was over, things settled once again. My father went back to Modena and Enzo Ferrari was happy to welcome him back.