Humble and introverted, Marcello Gandini is for many the most revolutionary worldwide designer. Going from form to function is one of the aspects of design that excite him the most. Flaminio Bertoni is his favourite designer, due to his revolutionary and brave designs.
Nuccio Bertone once again proved his instinct for talent hiring Gandini. This collaboration distinguished itself for his international successes and, over the 15 years of their understanding, Marcello designed the most iconic Italian sports cars of the ’60s and ’70s.

His first project at Bertone’s was the Lamborghini Miura P400, presented in 1966. His first supercar, an actual racing car to be driven on the roads. Ferruccio wanted something revolutionary and so Gandini created something completely new which left everybody open-mouthed.

“One of my theories, when you wonder if the car was successful or not is: you present the model to a few people and, if they keep quiet then it’s a success… if they make lots of comments then it’s rubbish”.

He followed the Marzal concept car, “the car of ideas”, as Bertone defined it, but it was a bit too much of a utopia for the 1967 public.
With the Alfa 33 Carabo, in Paris in 1968, they outlined the future. This concept car, with its wedge shape and the scissor doors, laid down the foundation for the genius Lancia Stratos Zero and the charming Lamborghini Countach. A project which has particularly satisfied was the one of the Lancia Stratos HF. While he was disappointed for the final results of the Alfa Romeo Montréal, whose manufacturing changes fully turned around the initial idea, completely changing its proportions.
Towards the end of the ’60s, he created two major concept cars: the Alfa Romeo Navajo and the Lancia Sibilo.
In 1980, he resigned from his job of Chief designer at Bertone, to be absorbed by his role as a freelance designer and Lamborghini once again asked for his creative contribution to creating a diabolic car: the Diablo

Even if his major creative skills were mainly expressed in the cars, he also dealt with industrial design and furniture accessories.

This marvellous portray has been snapped by the photographer Angelo Rosa, guest at the Studio di Marcello Gandini and who’s kind concession has made its publication possible. 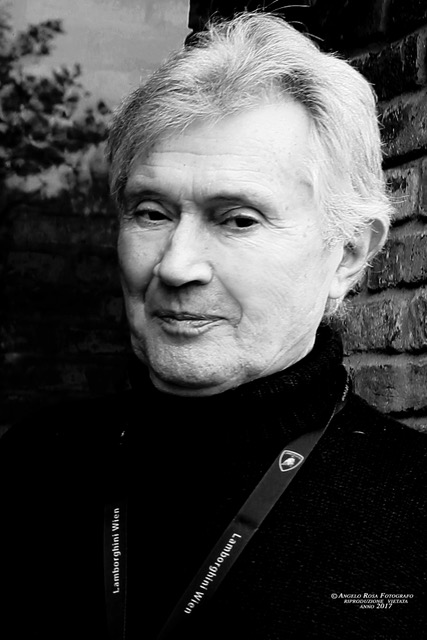