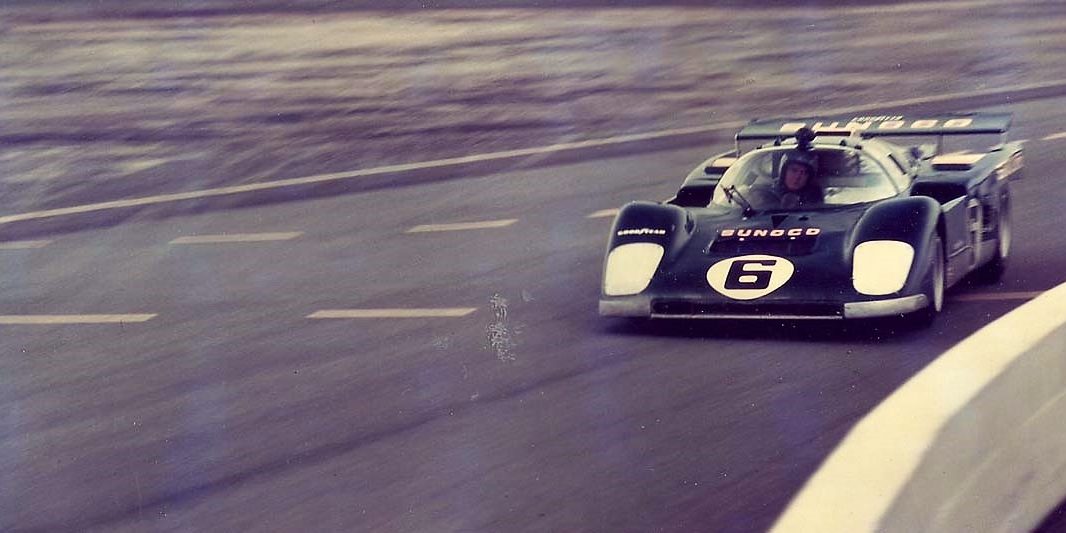 A kiss from the Penthouse Pet of the year!

My father’s best friend, Roberts Harrison, was asked to be part of a consortium assembled by Philadelphian Kirk F White, to run a Ferrari at the World Championship for Makes, Daytona, Sebring, Le Mans, and Watkins Glen. Roberts wanted his son, Bobsy, to have the experience of being a member of a top-flite racing team, in this case, Roger Penske Racing.

The consortium tried to buy a new Ferrari 512 M, but Enzo Ferrari put his foot firmly down: NO! This led to a purchase of a 1970 Ferrari 512 S n.1040 S, from Steve Earle and Chris Cord, who had campaigned their car in 1970 Can-Am with driver Jim Adams.

The Ferrari 512 S was sent to Roger Penske Racing to be totally rebuilt to the highest standard. Including a special lightweight body by Berry Plastics, with the engines being optimized by TRACO Engineering in Culver City, California. Nothing was left to chance, including the chassis being developed on a skid pad.

The results of this were that the car had no limited slip differential fitted, but a spool like the Porsche 935. This made the car a real handful because it had to literally be thrown into a corner, otherwise, it went straight. The lap times bore out the fact that it was quicker than the factory 512 Ms, not a fact that endeared Penske to Enzo Ferrari. Mark Donohue and David Hobbs were the drivers.

The racing history of the car – and its lack of success – can be found on the Internet, but it was in 1976 that I became involved with it. 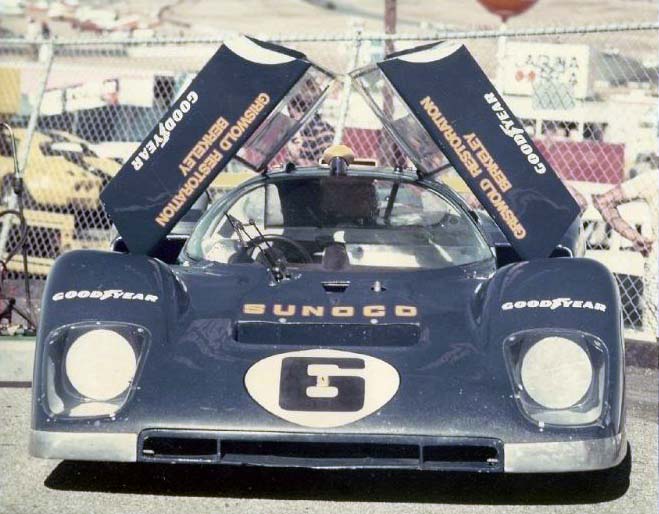 Roger Penske offered Roberts the chance to buy it when the car had been retired. He jumped at it and, luckily for me, he decided to send it to Berkeley, for me to restore and race. I am a lucky boy!
When the car arrived, we totally disassembled it and started an intensive rebuild of everything.

What we found during the restoration was very interesting. Penske had hidden a small auxiliary gas tank, which held just enough to get the car back to the pits if it ran out of gas. This contravened the Le Mans regulations, but nobody found it. Roger was always looking for the unfair advantage and with this, he had clearly found it!

When the restoration was finished, I took it to Monterey and led the whole race, except the last 100 meters, when I was overhauled by a McLaren MK20 Can-Am car with 800 HP. It was still a good result and Roberts was really pleased. I had set the fastest lap ever for a Ferrari 512 around the old Laguna Seca Circuit, which was held by Pedro Rodríguez, in the Chinetti Ferrari 512 M. I thought this was pretty cool. This was the best finish ever for the car.

After this, we set our eyes on Elkhart Lake Wisconsin, where there was a professional race for these Long Distance and Can-Am cars.
Elkhart Lake is a very fast circuit with lovely sweeping turns and long straights, perfect for the 512. The result was the first ever win for the Sunoco Ferrari, but it gets better. I was directed to the podium after the race, where the 1978 Pent House Pet of the year, Dominique Maure, was waiting to give me a Victory kiss and a check for $5000. What a nice day. Even after all these years I still remember her name and a few other things as well!