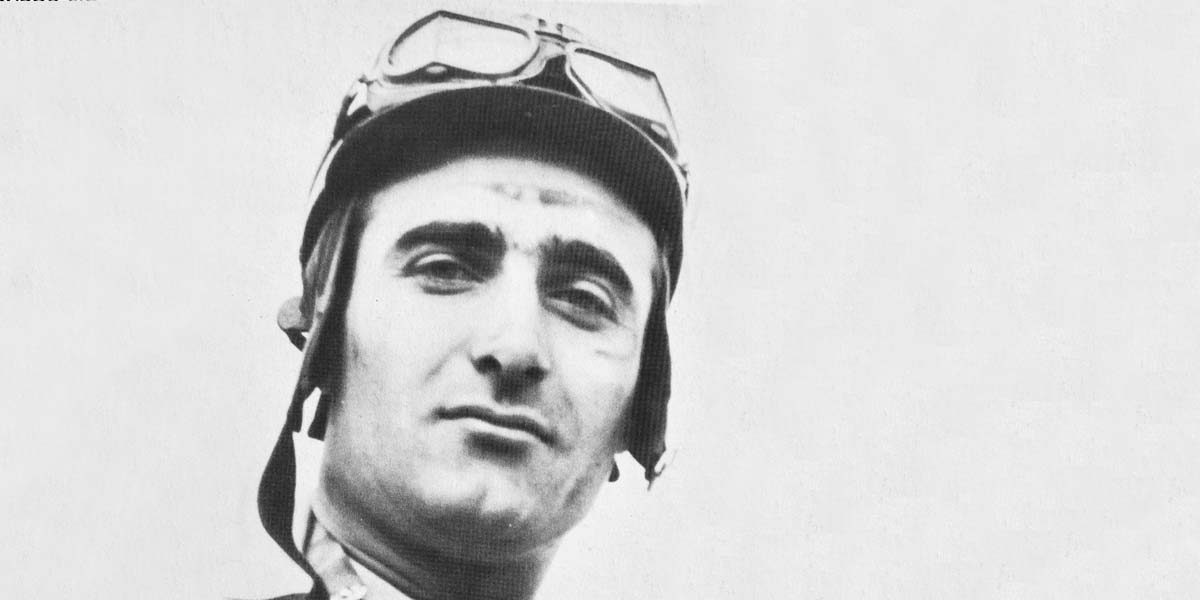 A driver who, in the fifties, knew how to thrill his fans. Aggressive, generous, cheerful, handsome.
In 1952, driving a Ferrari 2000 Sport, he won the Coppa d’Oro di Sicilia, the Senigallia racetrack, the Portuguese GP and he came second at the Monte Carlo GP, behind Marzotto.
During the next two years, in 1953 and 1954, he won the Italian mountain championship. He won the 10 hours of Messina and, with the Lancia, he ran the Mexican Carrera ending third overall. It was 1954 and, with Ascari, he started racing in F1 as an official Lancia driver.

His debut was in 1955 and he ended up on the podium twice, at the GP of Pau and in Monaco. On 26th May 1955 the terrible tragedy of Alberto Ascari happened in Monza, his dear friend and master, and this affected him deeply. Castellotti raced in memory of his mentor at the Belgian GP, as the only Lancia driver. The adventure with Lancia, which ended with the premature loss of Ascari, prompted the merge with Ferrari. In 1955, at the Italian GP, Eugenio passed the finish line in third place, with a 4-cylinder Ferrari.

In 1956, he won the 12 Hours of Sebring with Fangio as well as a brilliant Mille Miglia which took place in stormy weather conditions, where his great overtaking and road skills stood out. Determined and brave. At the 1956 Italian GP, Castellotti and Musso, with two Ferrari-Lancia, raced cars, the steering wheels of which were falling apart. On 14th March 1957, he was called to the Modena racetrack to try a new Ferrari. He lost control of his car and the young driver “with a huge heart” perished. He was yet to turn 27.