The Gentleman of the engines: Maserati, Ferrari, Lamborghini – 2 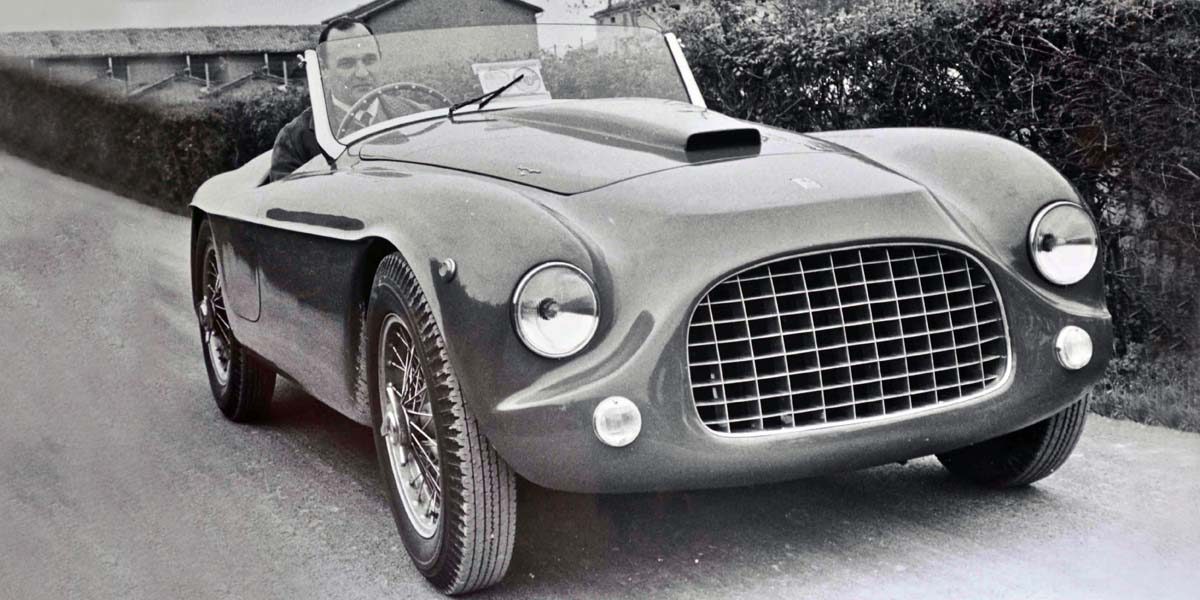 – Ferrari aside, which cars did you work on?

– Well, Maserati’s and OSCA’s are the cars which I actually started putting my hands on… I also met Mr. Ernesto Maserati, you know? Actually, not only him, but his whole family. Alfieri Maserati, the engineer, his son Ernesto (for example)… we’re the same age, but he’s smaller and more youthful looking than I am. He lives in Turin.

When we were young, he left for the States to study, we met again later on, when we were adults and now he comes here often, to my workshop. He’s retired too, but I know that he is often invited in different places worldwide, when there are Maserati’s exhibitions or commemorations. These cars are more appreciated abroad than they are here.

–Maserati is from Bologna, isn’t it?

– Yes, they’re heart is Bolognese: it was born right in the centre of Bologna… near here, 200 metres away, at Ponte Vecchio there are still their old buildings. A woodworker works there now. I heard him saying “yes, yes, the windows correspond to my photographs…”

– Initially and for several years we followed Tecno… 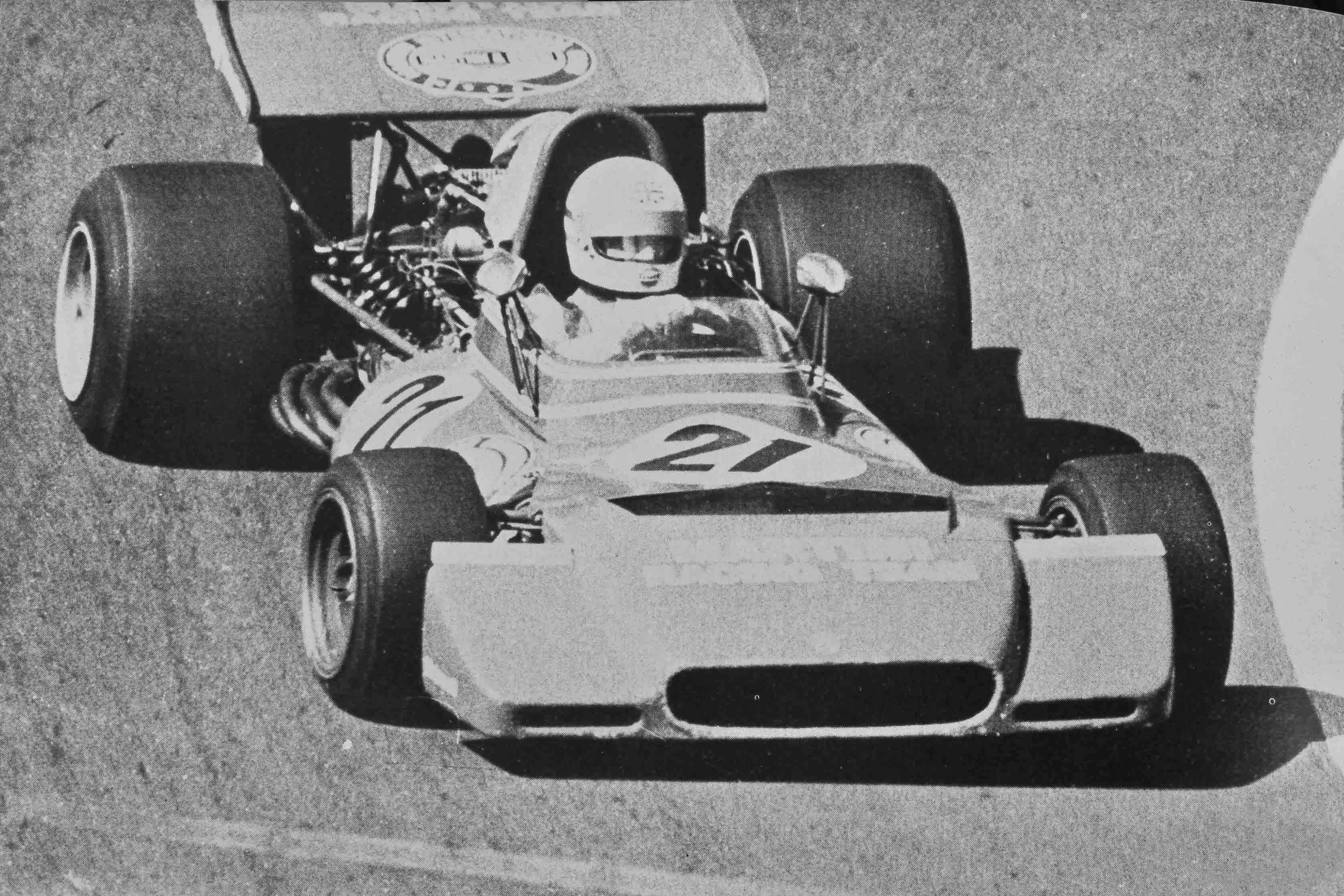 They were go-kart constructors when they started their business, but Luciano Pederzani, the owner, one day saw a Formula 3 here in my workshop and he thought: “it has nothing to do with go-karts, but those who move on to F1, also drive go-karts: it’s a car which belongs to the same sector”. So he told my business partner: “Of course I’d be able to make a car like that”. Sauro proposed to him to go to the Garda racetrack during the weekend, just to gather his ideas, so the three of us went there. Pederzani started observing all of the cars and once back, he got to work and he created the first Tecno in collaboration with Carlo Facetti. It debuted at the Mugello and it won… it was a great success and it went into production since they received some orders… Carlo Facetti did it mainly as an enthusiast, as a friend… he wasn’t interested in being the driver for Tecno. Sauro and I were friends with Clay Regazzoni and we invited him. 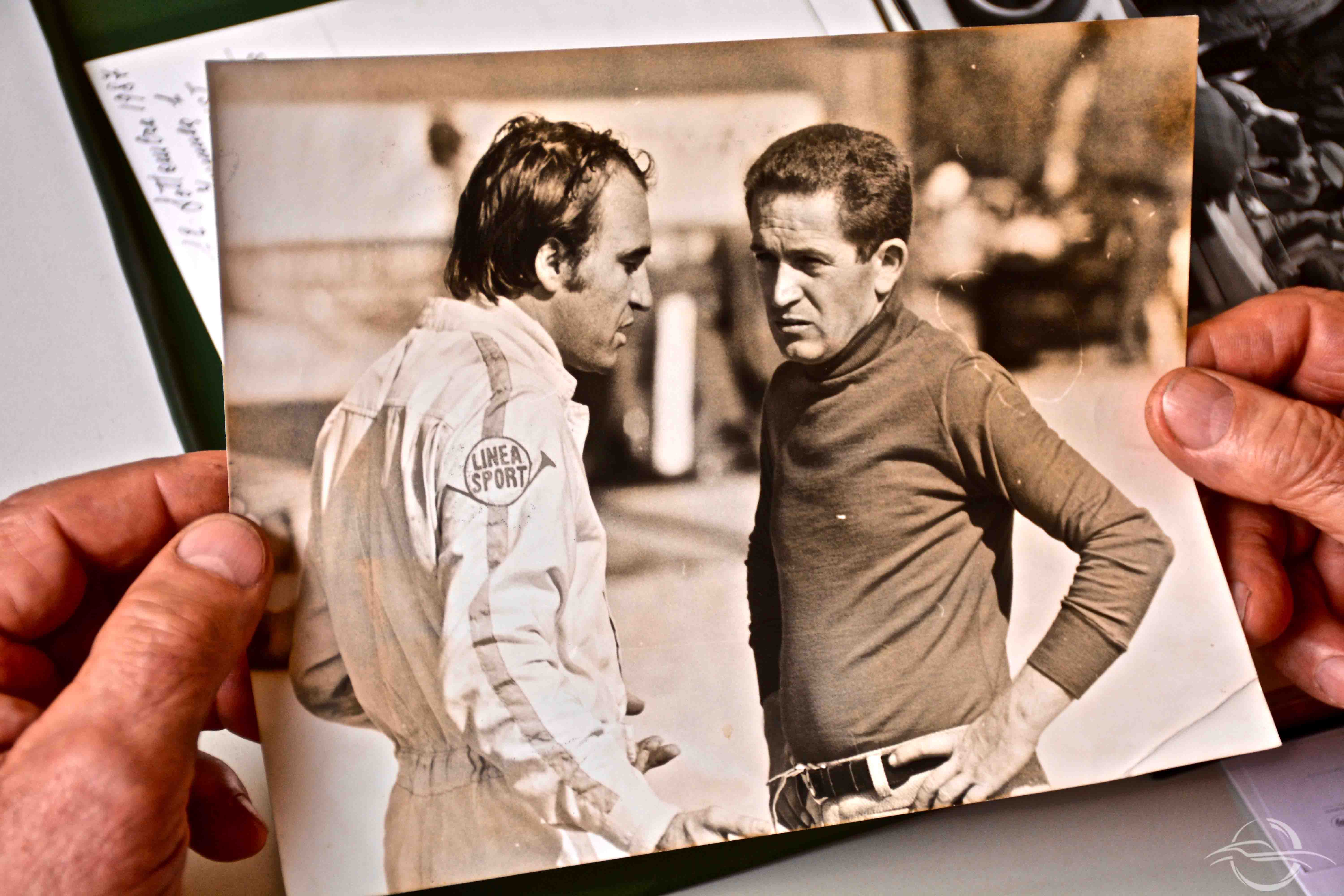 Clay won the European championship in the Tecno and the Knight Commander phoned us to meet him. My business partner, Sauro, took him there and he introduced him to Enzo Ferrari, he tried the car and then he gave him a contract… that is how he became an official Ferrari driver.

– You will have had many interesting meetings, drivers, for example.

– Fangio? Did you meet him here, in the workshop?

– No, I met Manuel Fangio when I worked at O.S.C.A. as I was a friend of the Maserati brothers. He often came to Pasqualino’s workshop, where I worked. He always took some former drivers from the de Carretera Tourism cars, the on-road races.

– He was very friendly. I remember an anecdote… Fangio came once, while I was sanding down some valves from a cylinder head and an automatic machine had just been launched. When you sand down the valves, if you have no equipment, you need to do a certain movement with your hands, like this… while this machine did it with a pneumatic device. There was a suction pad which stuck to the valve and then you pressed on the button and the machine sanded them down. 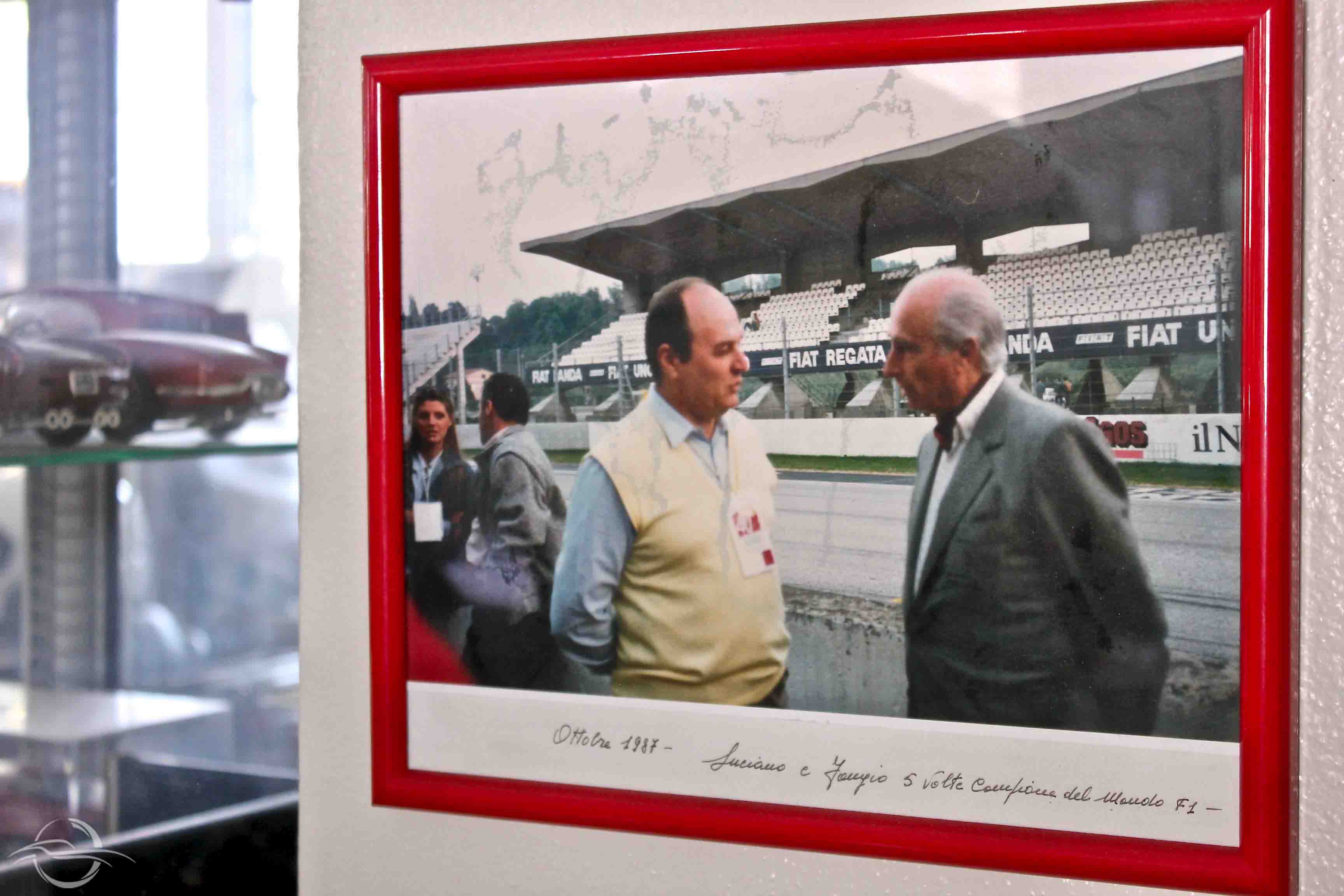 Fangio arrived at the workshop while I was doing this job and he asked me “What are you doing?” and I answered, “I’m sanding down the valves, Manuel”. He said “Where did you get this from?”, and I replied, “Here, from a company which makes accessories for work”. He thought about it for two seconds and then he asked me, point-blank: “Can we go and get one?” I took him there and when we got there to that warehouse, everybody recognised him… you should have seen how they all came out. Even the ticks came out of hiding! Fangio purchased one and I told him “But you don’t work, what will you do with this?”, and he answered: “Luciano, I will have this disassembled and then manufactured in Argentina”, do you see? He was so clever!

– Have you met any other prominent person? 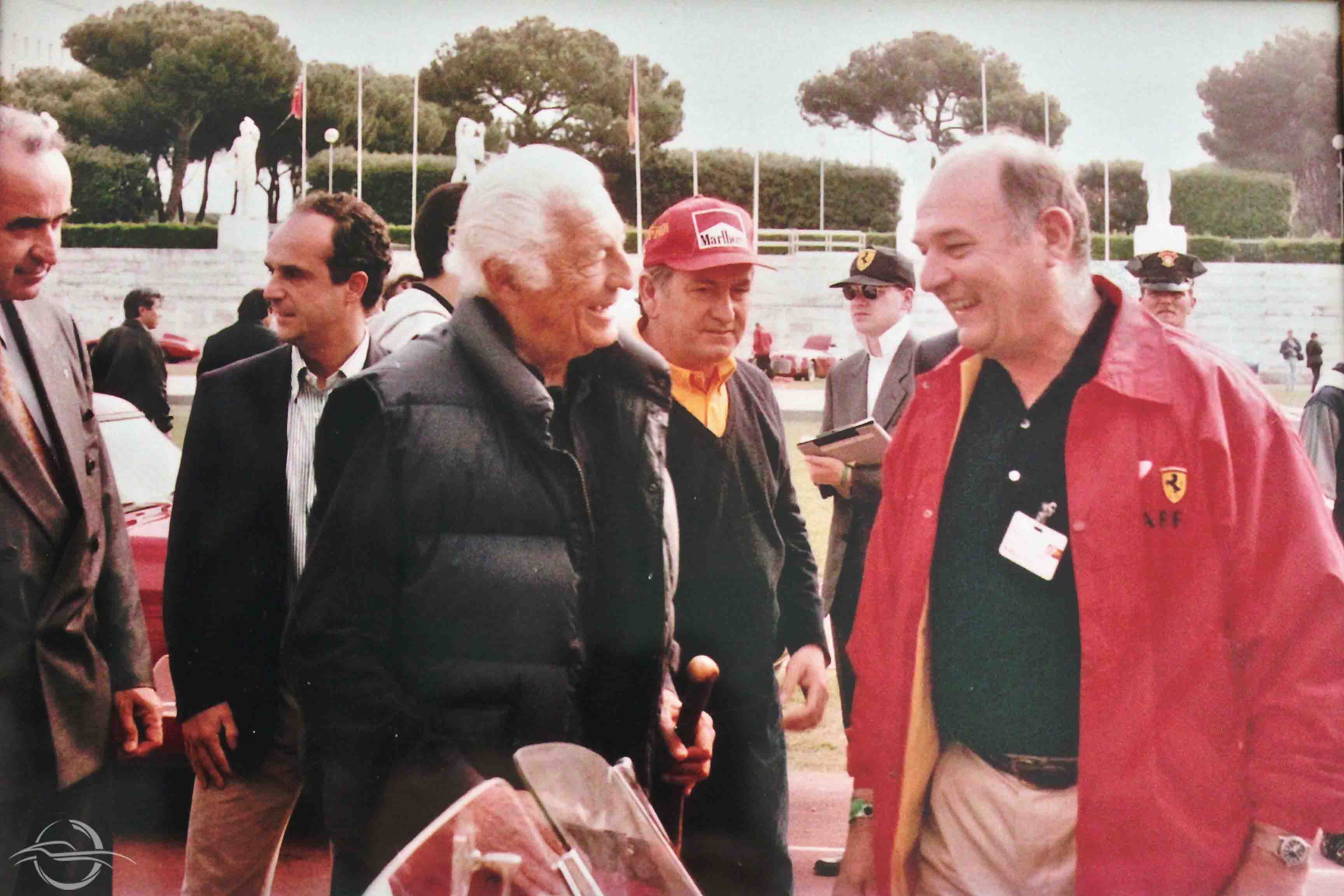 I never had a working relationship with him. I was very pleased to meet him, he spoke with simple words: he never embarrassed me. I restored his first Ferrari, a 165 Barchetta Touring, and when he organised a Ferrari 40th anniversary in Rome, at the Marmi stadium, his car was exhibited there. 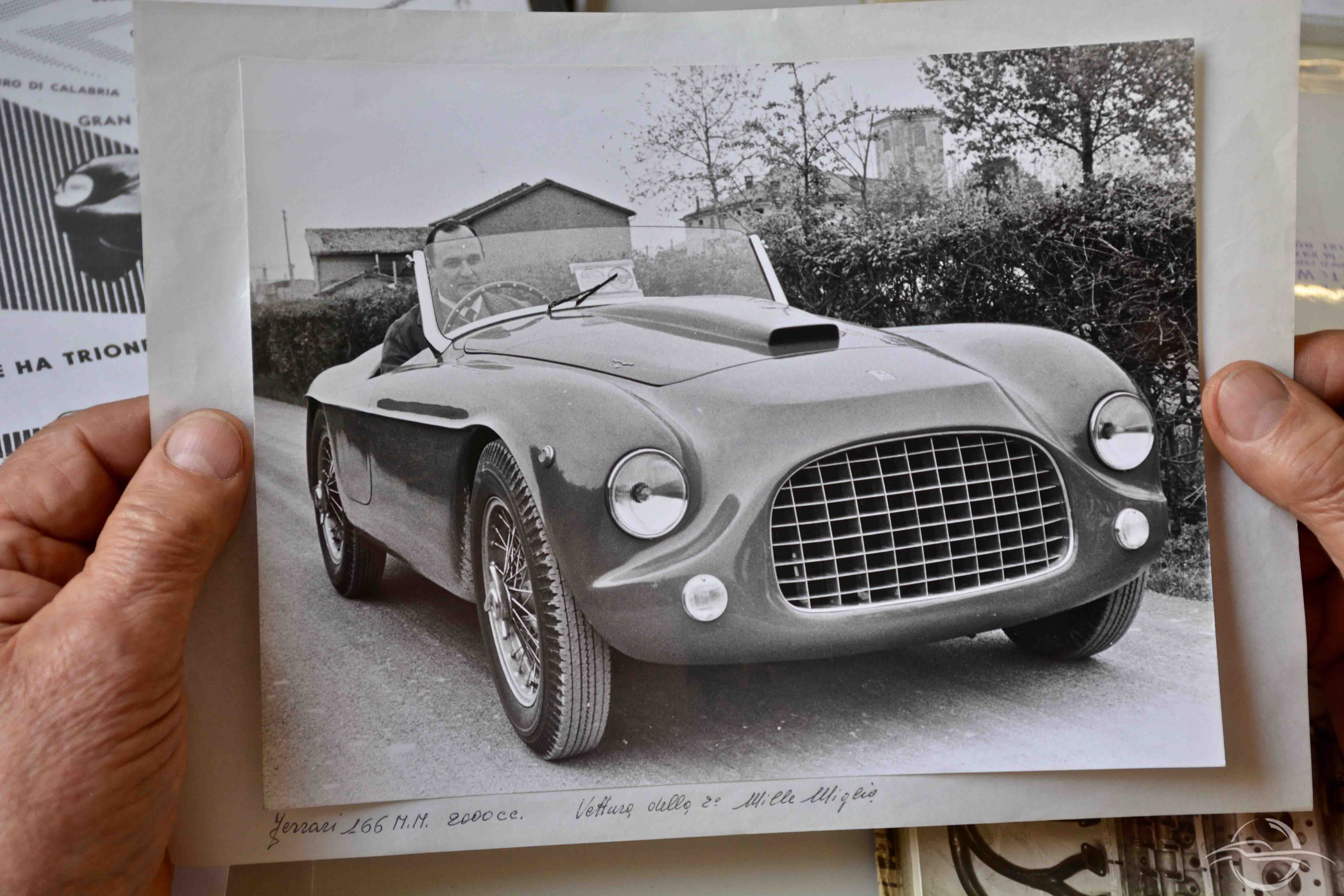 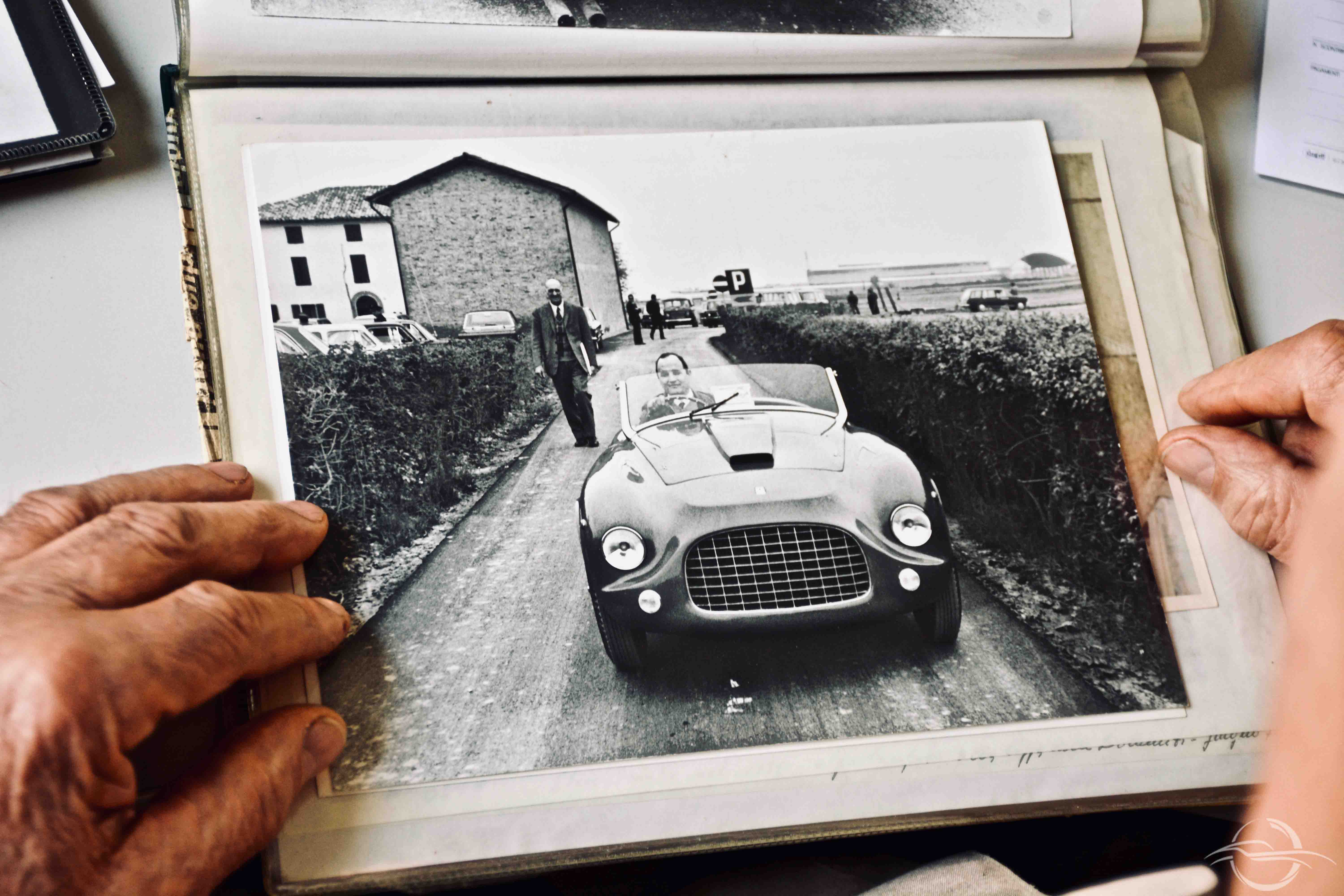 On the morning of the event, he arrived and stopped there, by me. He was looking carefully at the car. I restored it for my Belgian client (Rizzoli restored it for the Francorchamps team). I was trying to feel the wheels with my mallet, to understand if they were tight enough and if everything was in order. So the lawyer told me: “I used to leave it in the street without many worries, even if it was raining.” I simply told him that times were changed, without adding that that car had been his, so it had acquired a whole new value. I met him another time, at the Mille Miglia, while I was by the Ferrari 340 of the Segafredo family. 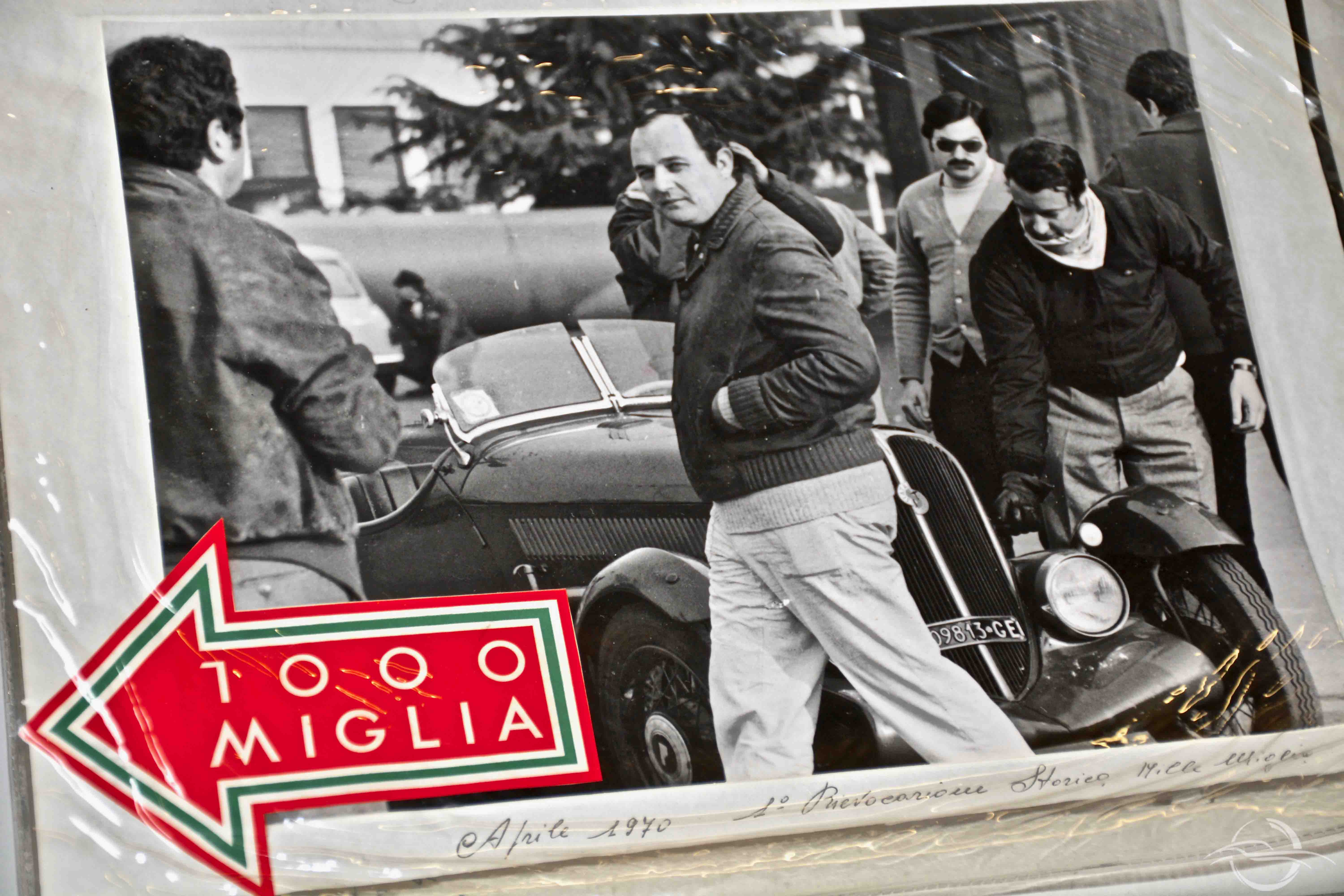 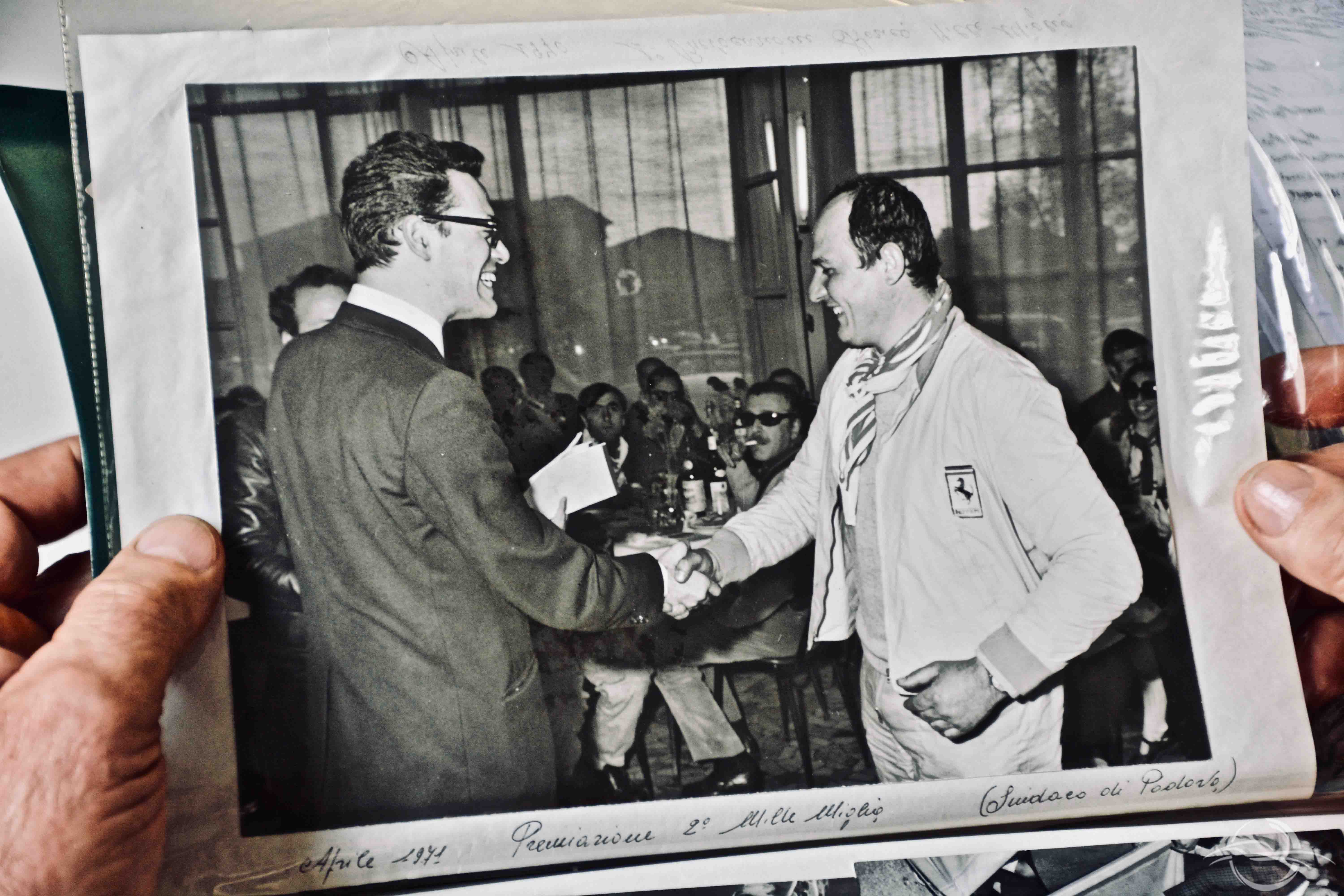 The lawyer arrived with another very elegant man and he approached my car asking me who was the owner. I said: “the first owner was Tom Cole, the American from Paris.” He started laughing and he said “A dear friend of mine!” Tom Cole, later lost his life in an accident in Le Mans. Actually, I still have this Ferrari 340: we brought it back to its former glory.

Luciano Rizzoli continues to talk, incessantly. His memories become a river: he has a continuous flow.

– While Luca Cordero di Montezemolo, isn’t only an acquaintance but his a very long-standing friend.

When he was younger, he used to spend a lot of time in our workshop, because his grandparents lived in the hills. He was fond of engines even when he was young: he used to race with the Fiat 500, with Cristiano Rattazzi, the son of Mrs Susanna Agnelli… they used to participate in uphill races. He came to see me a few weeks back and he brought me a Ferrari which ‘The Lawyer’ Agnelli had gifted him for his wedding: A Ferrari Pininfarina, an individual specimen.

When he came in, he told me “Luciano, I was touched”, I answered: “I won’t call you president anymore now, I will call you Luca”. And then I reminded him of the old times, “you know, I still remember when you used to stop in the courtyard with the 500, and you took the screwdriver and the wrench from me, to disassemble the silencer”. He always had the silencer in his hands, back then… I don’t know what he used to do with it: he used to replace it, he assembled one and then he removed the other. He did everything on his own! At a certain point, while we reminisced over the past, Luca told me: “What good times, Luciano!” and I said “Well Luca, the times that came after were good for you too!”, and he started laughing heartily… 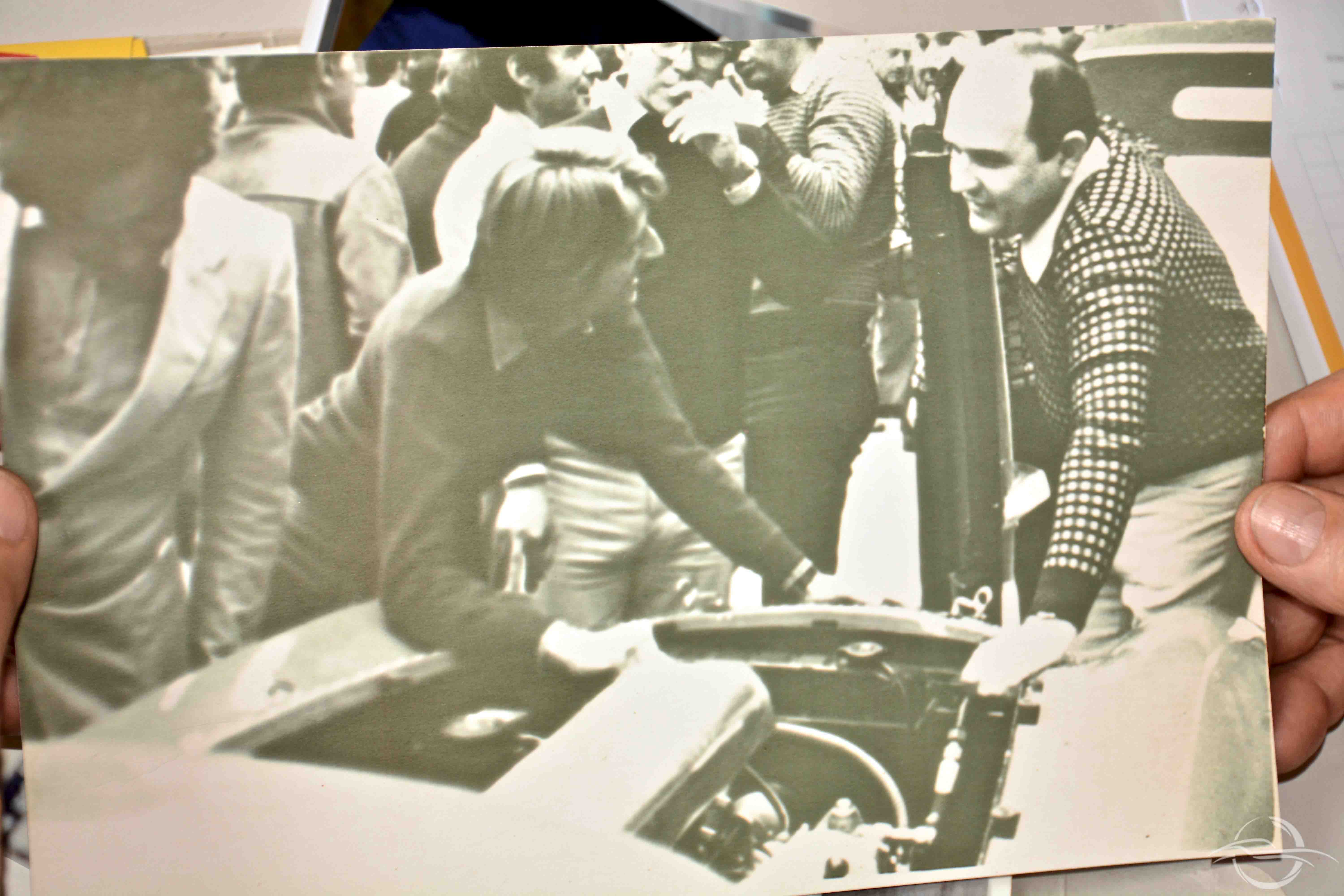 – Let’s take a step back. Did you already start talking about classic cars and restoration back then?

– No, back then we were still to start dealing with classic cars. However, some of them were starting to circulate already because the English, Americans and the French were collecting the first Ferrari’s from 1947-1948. We actually used to laugh about them then! The Italian enthusiasts have always existed, especially for the Balilla’s and the old Alfa Romeo’s, but not for the Ferrari’s. However, little by little, the passion for classic cars landed here too.

There was a very speculative period. There were some who bought two in order to sell them on straight after. It was a sad moment, as you didn’t speak with enthusiasts who were pleased to keep and look after their car anymore. In 1971, when the track in Fiorano was inaugurated, there was no mention at all of the museum. I remember that the Knight Commander Ferrari was asked why he didn’t keep anything to exhibit in a museum. His answer was “if someone wanted to take a walk, they could have gone to the USA. There James H. Kimberly, Gentleman Jim, there, who had mostly everything”. 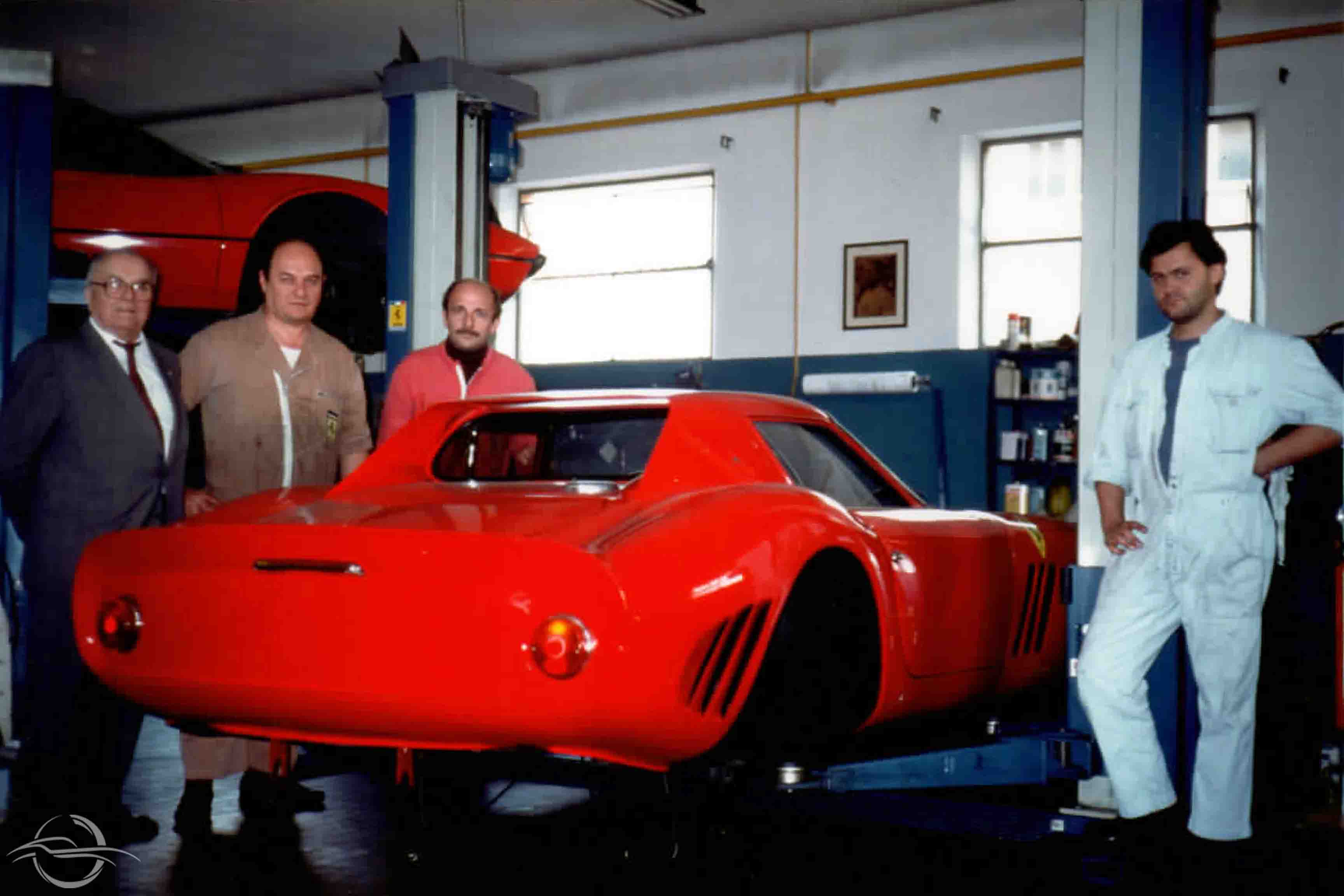 I started with the actual restoration phase in the late 60’s, because a man from Milan, who was very much of an enthusiast and who had a nice car collection, found a Ferrari 166, which he was sold at half the price. Then that was just like for cherries, once you start, you can’t stop.

– You will have met many enthusiasts from the industry.

– Yes. For example, a great client was Mr Albert Obrist, a Swiss entrepreneur who became a collector. He was a real enthusiast… 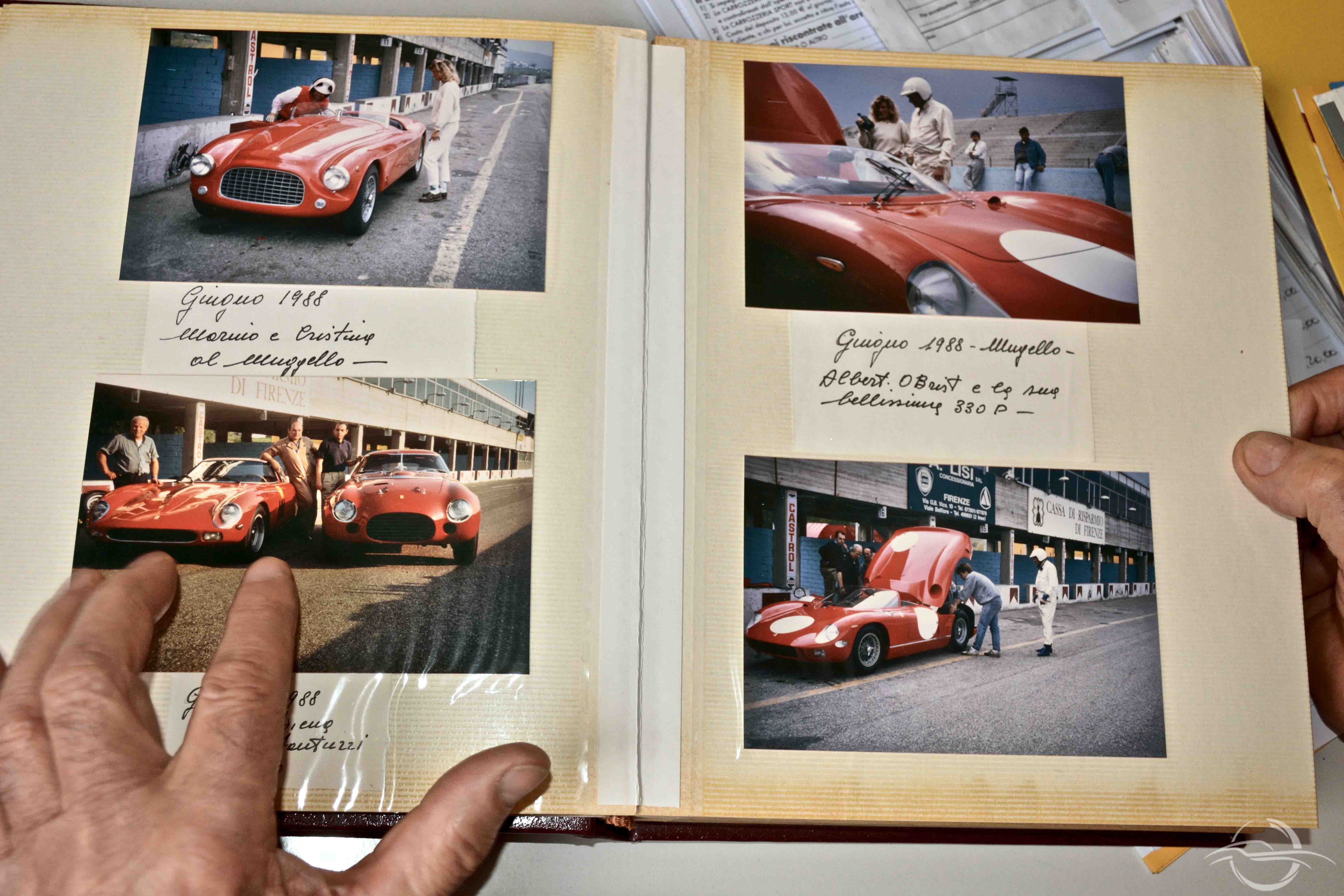 He had us restoring some of his cars: I dealt with the mechanics while Fantuzzi dealt with the bodywork. What surprised me the most about him was his class, which is something very rare, which is becoming more and more difficult to find with the years passing. Today, it has nearly disappeared… there is a lot of arrogance around. Mr Albert Obrist is a true collector, one of those who came to follow the restoration work step by step. Then, there was a little restaurant, nearby, which he liked a lot and I used to tell him “Did you come here to check on the job or to eat, Pietro?!” He wasn’t a real client, but a special person, one of those people with whom you create a trusting and lasting bond of friendship over the years. He had some extraordinary cars, the 275 GTB, the 275 GTB/4 Spider NART… I worked on most of his Grand Touring cars.

Keep following the story The Gentleman of the engines – Chapter 3

Read more:
The Gentleman of the engines – Chapter 1