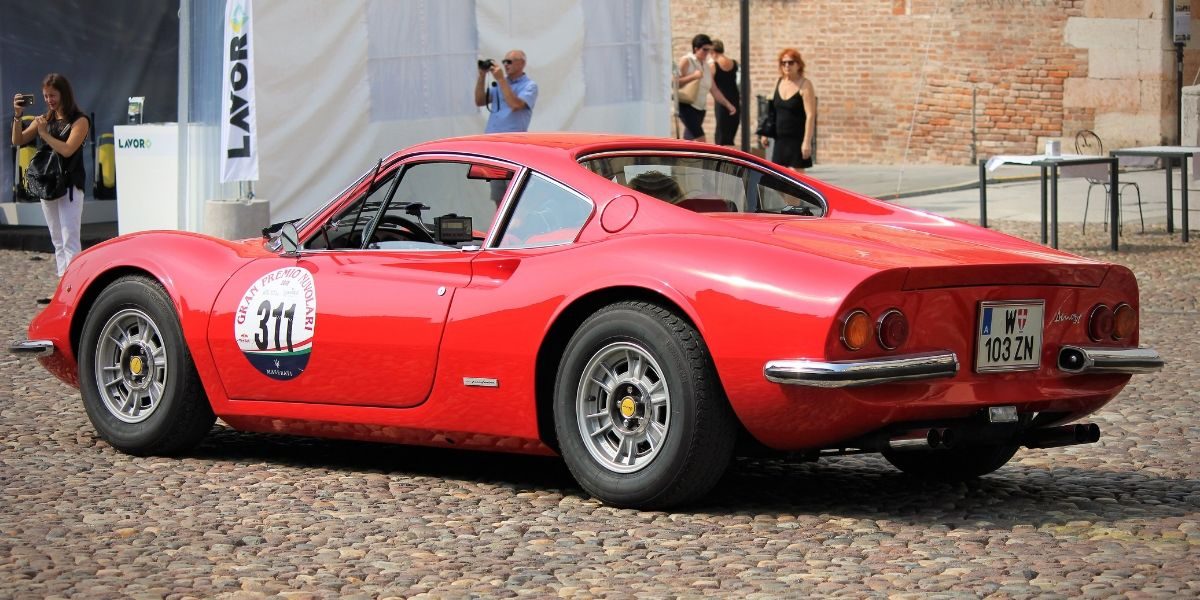 Aldo Brovarone, one of the protagonists of the Italian style. His parents started him at the state commercial and technical institute. They considered it to be a safe journey, which would have given him the opportunity to be employed in one of the Biella province textile industries. Aldo interrupted his study course, both due to a lack of interest in the subjects, and the start of World War II. This was an unscheduled event that allowed him to fully dedicate himself to express his natural artistic talent in drawing and to make a job out of his passion. He took his first steps in Argentina, hired by Piero Dusio, creator and founder Automotores Argentinos, AUTOAR, and Cisitalia in Turin.
In 1953, he was called back to Italy by Dusio and hired by Cisitalia. It was a brief experience, the company shut down the same year, due to their financial difficulties.

Piero Dusio highlighted Aldo’s talent in a letter to Battista Farina, Pinin, who wanted him in his company. Brovarone’s career started, he was hired at Pininfarina and, in 1974, he became their design manager. There are many projects during that extraordinary period, including the. One of his sketches was chosen by the Esquire Giovanni Agnelli to build the unique specimen of the Ferrari 375 America. The drawing for the 1960 Ferrari Superamerica Superfast II also came out of his hand. Battista Farina supervised and corrected all of the jobs before they were put into production.

The drawing of the Dino Berlinetta Speciale is once again a product of the esteemed Brovarone, which was presented in the Pininfarina stand in Paris in 1965. The Ferrari 246 GT/GTS is the masterpiece that Aldo Brovarone is mostly remembered for. The designer provided his contribution to the design of some production models, including the Peugeot 504 and the Lancia Gamma Coupé. After his retirement in 1988, Brovarone collaborated in different projects, specifically with the Gruppo Stola and Studiotorino. An old-fashioned man, who has always operated with his hands, without needing computers.