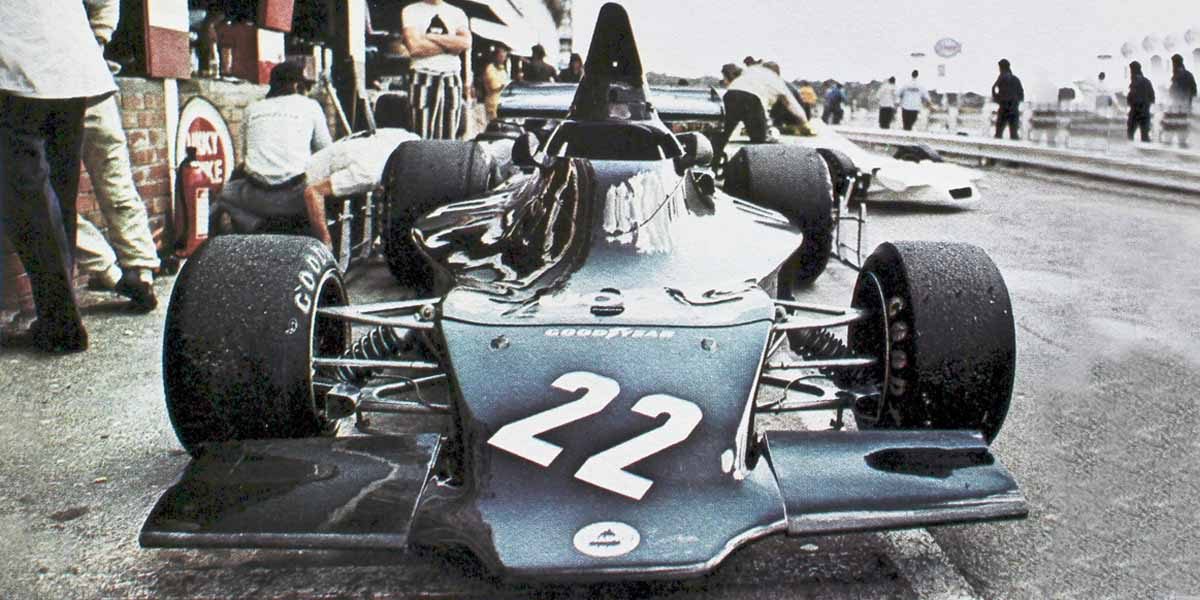 The shadow man, from former secret services agent to owner of the Shadow team.
In 1965, Don Nichols, lieutenant-colonel, left the American army and Vietnam.
For the two following years, he sold Goodyear and Firestone tyres in the Far East. In 1968, he established Advanced Vehicle Systems in Illinois, and using the collaboration of an experienced technician, Tony Southgate, he started the Shadow project.

The team achieved their major successes in formula Can-Am, the cars were very low, with tiny wheels. From 1973 to 1980 it was present in F1, The debut with black cars was in Kyalami, in 1973, with the drivers Olivier and Follmer, and sponsored by UOP, an oil company.
In ’74, there was the unfortunate deadly accident for the American driver Revson in South Africa. In ’75, they won at the champions race at Brands Hatch, but in a race outside of the championship.
Fate played a terrible trick in South Africa, in ’77, where the Irish driver Pryce died tragically, due to a collision with a race commissioner who walked across the racetrack. In that unfortunate year, Don Nichols achieved the only victory of the Shadow’s history, with Jones on the Austrian podium.

In ’78, a part of the team abandoned the Shadow team, to establish the Arrows team. Don Nichols won the court action against Southgate, where he accused the latter of stealing the project. The new team achieved few results with Regazzoni and Stuck. In 1979, they only achieved fourth place and, in 1980, we only saw the Shadow team racing in Kyalami.
In the meantime, the team was sold to Teddy Yip, who resumed the collaboration with Southgate.