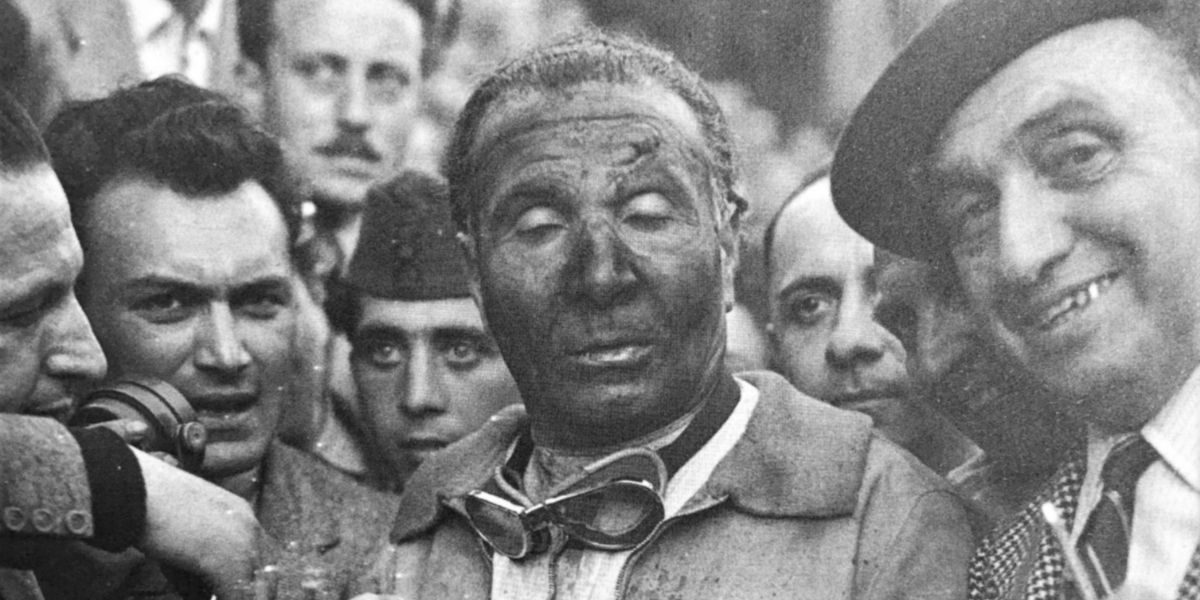 “His stubbornness and resistance as an old-school Viareggio native were especially exalted in the road races. He didn’t equally emerge on track. He died in a hospital ward, due to an incurable disease”, that is the concise description that Enzo Ferrari left about Biondetti.

Clemente was the only driver to win four Mille Miglia races: in 1938 and 1947 in an Alfa Romeo, in 1948 and 1949 in a Ferrari. In order, the co-pilots were: Stefani, Romano, Navone and Salani. Sardinian by birth and Florentine by adoption. He started out on two wheels and, in 1927, he moved on to car racing. Biondetti won the Coppa Acerbo in 1939 and he won the Targa Florio twice, in 1948 and 1949 driving a Ferrari, 166S in the first race and 166 MM in the second. He participated in only one F1 GP, in 1950, with no results. Before his retirement due to health issues, he won the Coppa di Toscana in 1953. The International Mugello race course dedicated two bends, Biondetti 1 and 2.