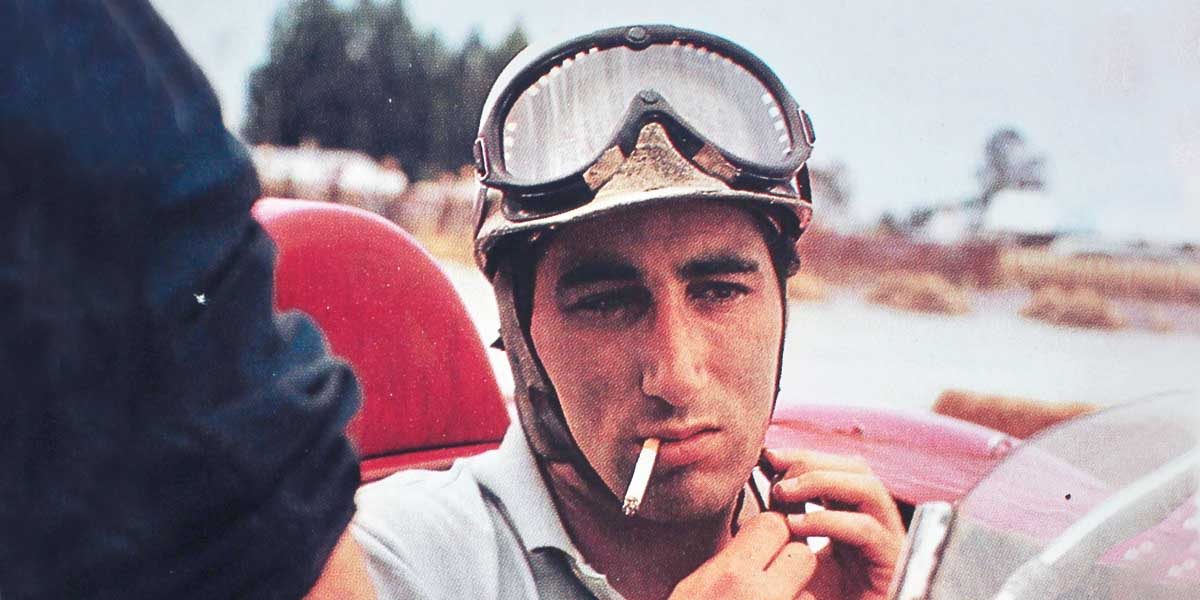 The last bend of the Olympia Bob-run St. Moritz-Celerina is dedicated to the one who wasn’t “capable of turning back when facing challenges”.
“FON”, great Spanish noble of extraordinary courage. He adored adventure and racing, he went from a car racetrack to a bobsleigh track.

His debut was in 1953, as a second driver to Luigi Chinetti, at the Panamerican race. He won his first race in Nassau, in the following year. He raced in the Sport category, with a Ferrari, and he won the Tour de France coupled with Edmund Nelson. In 1956, in the official Ferrari colours, he came second, to Peter Collins, at the British GP. From tarmac to ice, in 1957, de Portago won the bronze medal at the world championship of “bobsleigh in two”. “His name is tragically linked with the disgrace which affected the Mille Miglia in 1957. The race was nearing the end… Difficulties over, job done… In a wide radius bend, between Goito and Guidizzolo di Mantova, the front left tyre of De Portago’s car exploded, it was a catastrophe.”

The tyre explosion made the Ferrari 335 S swerve. His car had the racing number 531, registration number BO 81825. The car, out of control, turned over and crashed against the side of the road, causing the death of nine spectators and two drivers, De Portago and Nelson. The accident cancelled the Mille Miglia from the racing calendar. Enzo Ferrari said about him: “Overall, he was a most unusual man, he was always followed by his fame of being an international Don Juan, but I don’t know to what extent that was deserved. He was also looked at as some sort of marvellous tramp, due to his shabby behaviour… But I remember his figure as a gentleman, he always knew how to emerge from his willingly conceived rough appearance”.