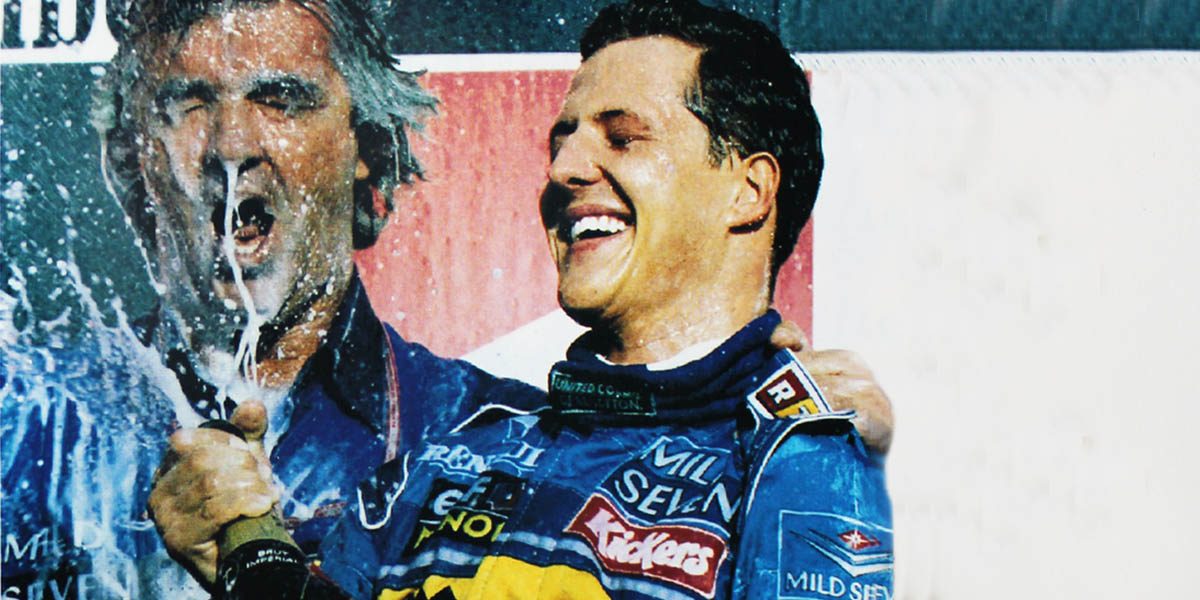 “I’ve always believed that you should never ever give up and that you should continue fighting even when there is a very small chance to make it”, these were Michael Schumacher’s words in 2007, which are as true and as relevant as ever.
At the Belgian GP in 1991, the F1 world made Michael Schumacher’s acquaintance. A scholar of the Mercedes school, he was hired by Jordan to replace Bertrand Gachot, incarcerated in a jail in London. He had never seen Spa before and, despite the difficulties of the circuit, he qualified seventh overall on the starting grid. Flavio Briatore didn’t want to miss the chance and he moved quickly. He hired Schumacher stealing him from Jordan.

With the Benetton team, Michael would become a protagonist, winning the world championship twice, in ’94 and ’95. Schumacher chose Ferrari, and the red team wanted to bet everything on one driver. There are some who talk about the care that Schumacher put into the rampant horse team, well, the results were clearly visible in 2000, when, after twenty-one years of abstinence, the world championship was coloured red. The champion overreached himself, by saying “it won’t be the last with Ferrari, but the first of many”, and the great red celebration would so explode onto the podium for four more seasons, from 2001 to 2004. He left F1 races in 2006, to come back in 2010 with Mercedes. His final retirement came in 2012. Lewis Hamilton expressed all of his admiration in a few words “Michael Schumacher is the greatest F1 driver of all time”.