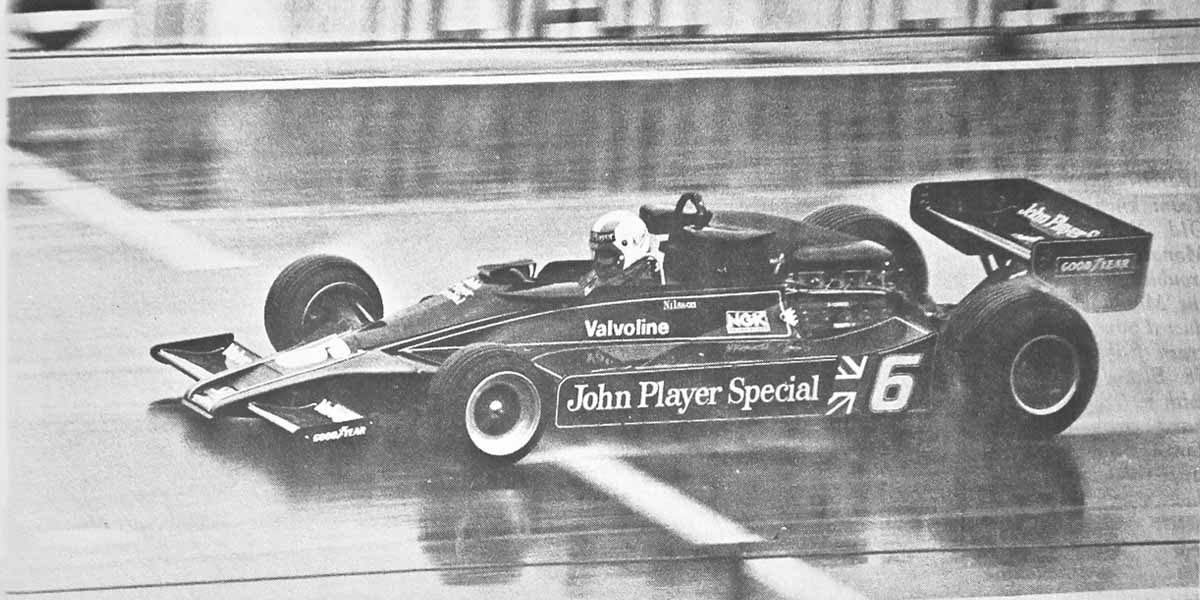 Gunnar Nilsson? How do you remember him? He was a young Swedish scion, born to race. A driver who preferred literary clubs, rather than frivolous parties. A born driver, to confirm his rushing through steps. He made himself noticed ever since the minor formula race cars: he was quick and determined. He skipped F2, and while he was racing in F3, he was called by Colin Chapman to race in F1. The connection thread was Ronnie Patterson, an already experienced driver, as well as fellow countryman and very dear friend to Gunnar. In 1976, he debuted in F1 with the Lotus 77, an unreliable car. In 1977, the English team presented the Lotus 78, the first car with side skirts. Black with gold writing John Player Special, alas “Black Shadow”. My sister was had the giant rear of the car hanging on her bedroom wall! He won the Belgian GP with the memorable overtaking of Niki Lauda. Afterwards, time and disease pressed on the accelerator and Gunnar had to face a challenge against cancer. He participated in the funeral of his friend Ronnie and, not long after, on 20th October 1978, the engine turned off for Gunnar Nilsson too. Prior to that, he created a foundation for cancer research, which bears his name. A champion who left an affectionate trace!