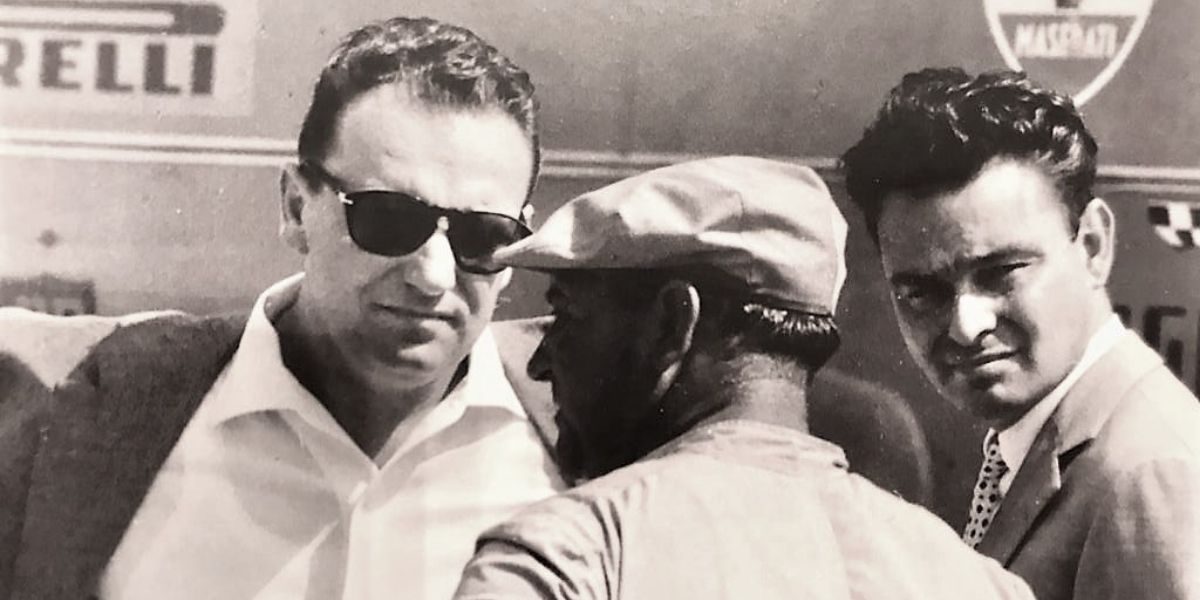 On first August 1953, Adolfo and Omer Orsi hired the engineer Giulio Alfieri who, at the beginning of 1954, would become technical director, a role that he kept until 1975.
Giulio, who was born in Parma in 1924 and graduated from the polytechnic school in 1948, immediately proved his high level of expertise.

He was a positive man, equipped with significant technical imagination and great balance. Youth, passion, a serious competence and a strong link with the Trident made miracles. Alfieri left a strong imprint in the Maserati projects over their twenty years’ collaboration. The merit of the 250F’s ongoing evolution was due to him, up until when Juan Manuel Fangio won the 1957 world championship with it. In F1, Alfieri won as designer and supplier of the V12 3.0 engine for the Cooper. He preferred the V-shaped 8 cylinder engine (Alfieri’s) to the 12 cylinders. Alfieri started working at the Cantieri Riuniti in Genoa in 1949, then, in 1951, he moved on to Innocenti in Milan and amongst his projects was also the record Lambretta 125.

He was fair and responsible at work, but also affable and extrovert in human relationships. Alfieri felt at ease with racing cars, just like he was when developing road cars. He was the creator of some miracles, like the Maserati 3500 GT or like “the most advanced front engine racing car in history”: the Maserati Birdcage.