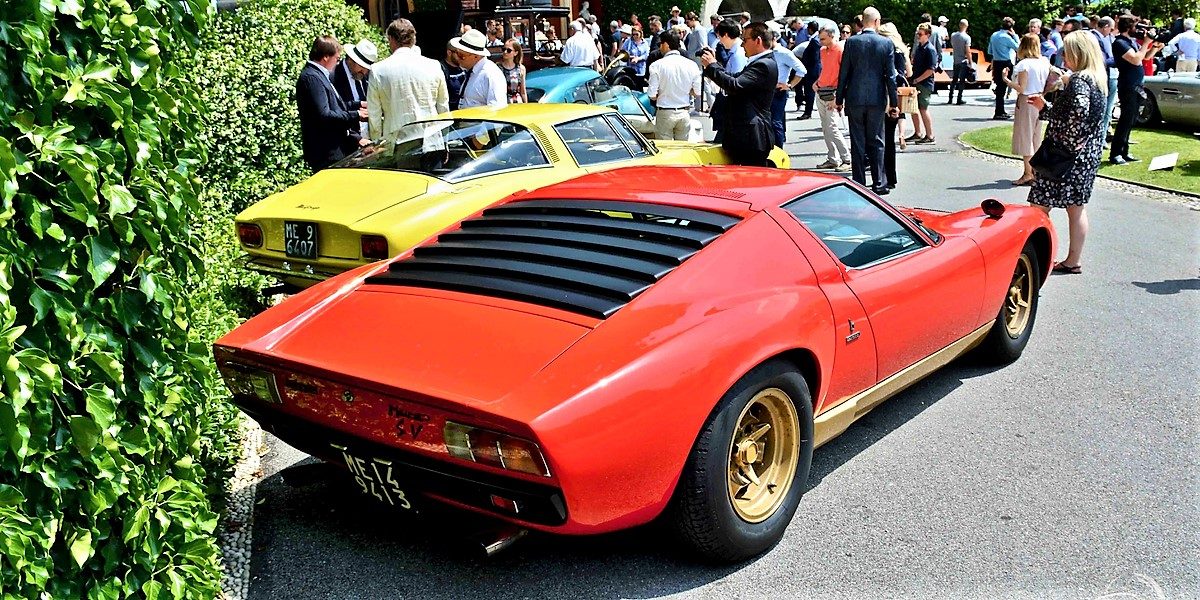 The first time I saw you

When I saw it for the first time closely, a coral coloured Miura, with a Rome number plate. I was living in Aprilia, I was 14 years old and I was the shortest in my year. Barely reaching 1.60 metres – to the extent that they nicknamed me “Provolino”, a puppet which was trendy at the time – despite that, the car’s sunroof came just above my waist. The chap driving looked as if he was lying down.
With the engine running at the lowest revs, he pulled up next to the newsagents in the square, and, in order to make the many curious people happy, he revved up a few times, sending them in ecstasy with that terrifying racket. When he got out the Miura, he did that with an acrobatic manoeuvre, as if he was nearly a contortionist. 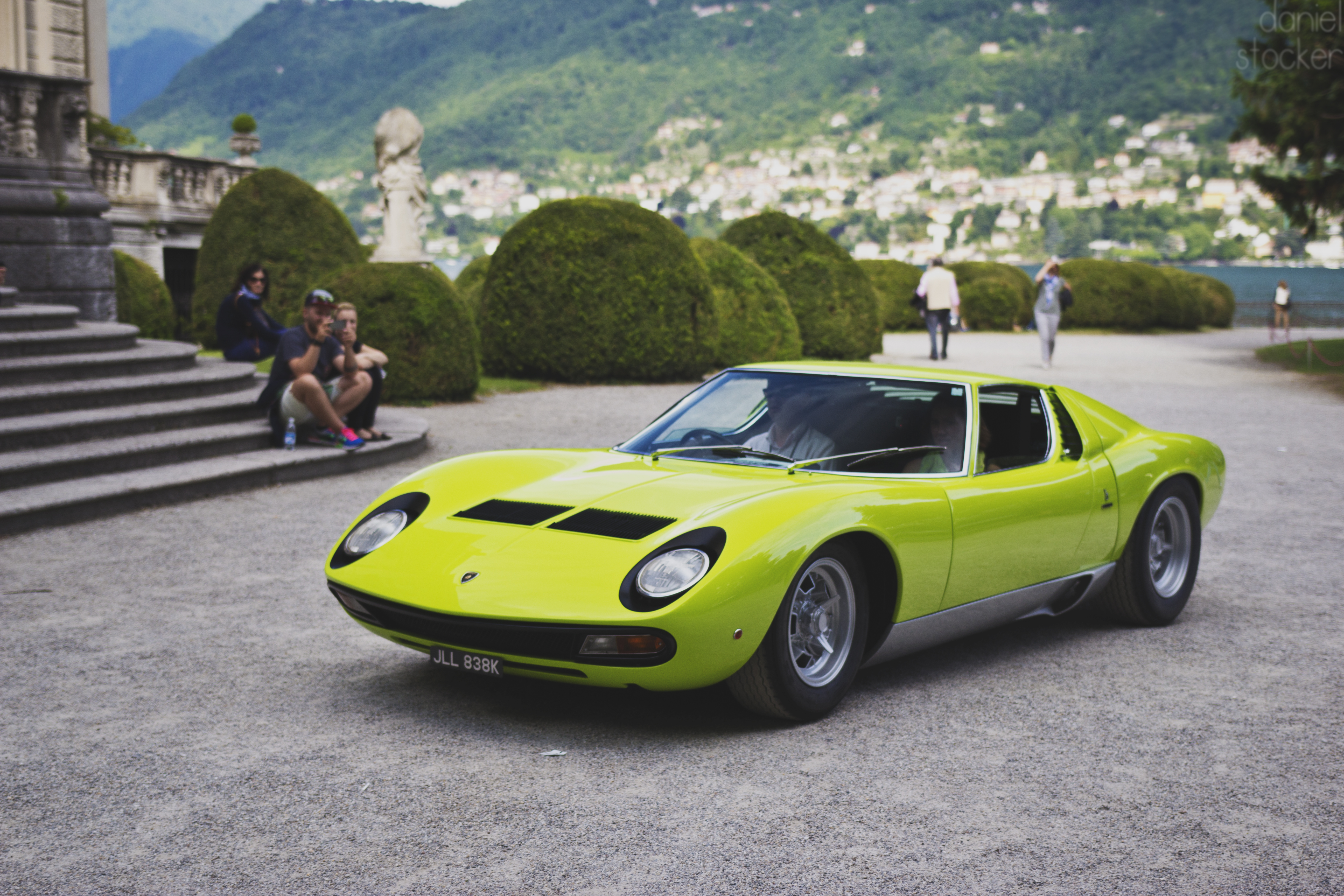 The tyres, with the huge tread, instilled dread if you compared them with those of the 500, which was the most widely used car. He left the huge door open so that we could look inside, it looked like what, in the collective imagination during those years of space conquests, a spaceship must have looked like. 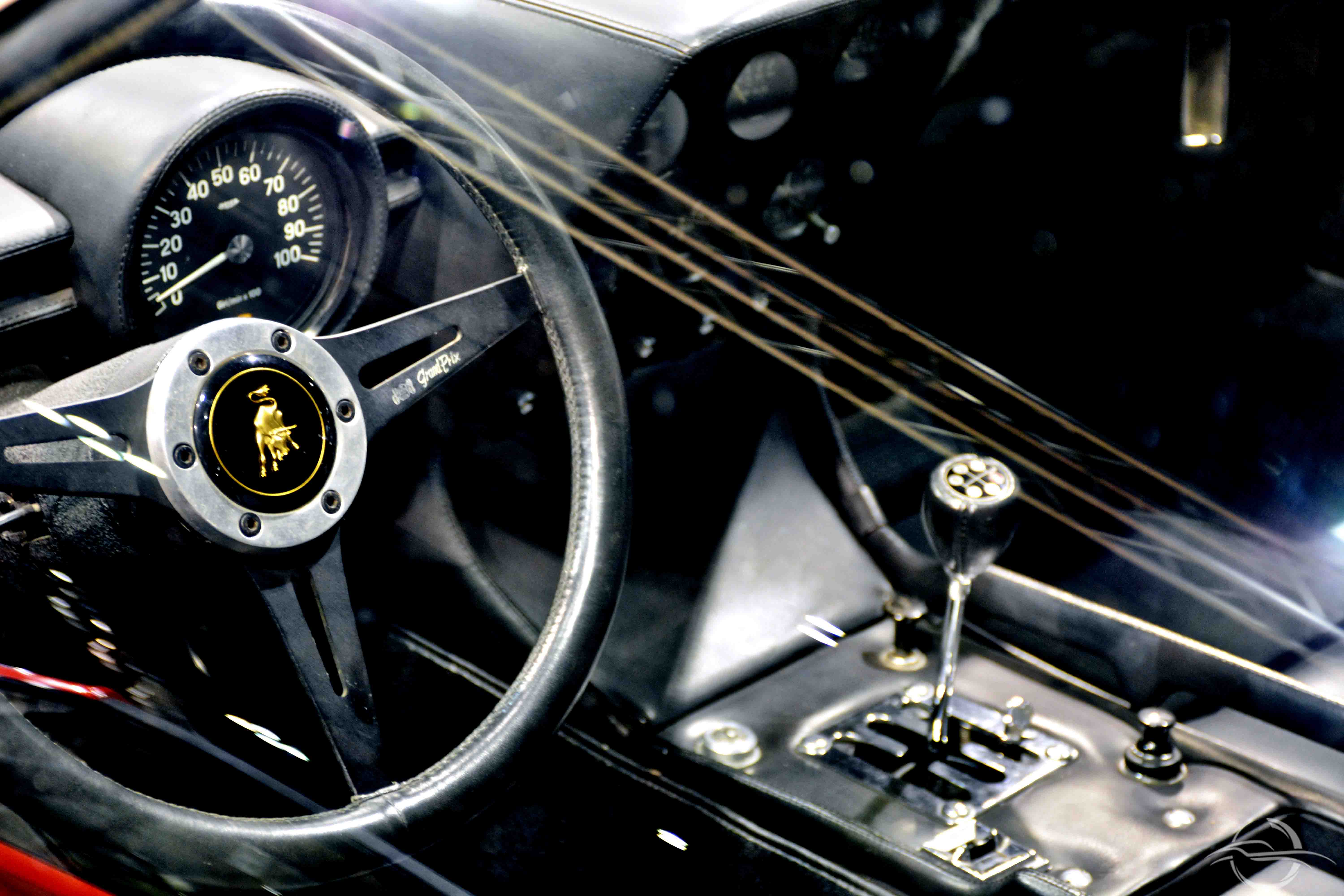 Amongst the group of curious people were several women, and one of them, a blond with a very short miniskirt, rested with both of her hands next to the windscreen’s pillar and bent forward with her bust.

As she did that, her miniskirt rode up and allowed us all to see her black lace panties, which distracted for a minute the attention from the beast, until she touched the windscreen glass and imprinted the shape her lips coated with red lipstick. 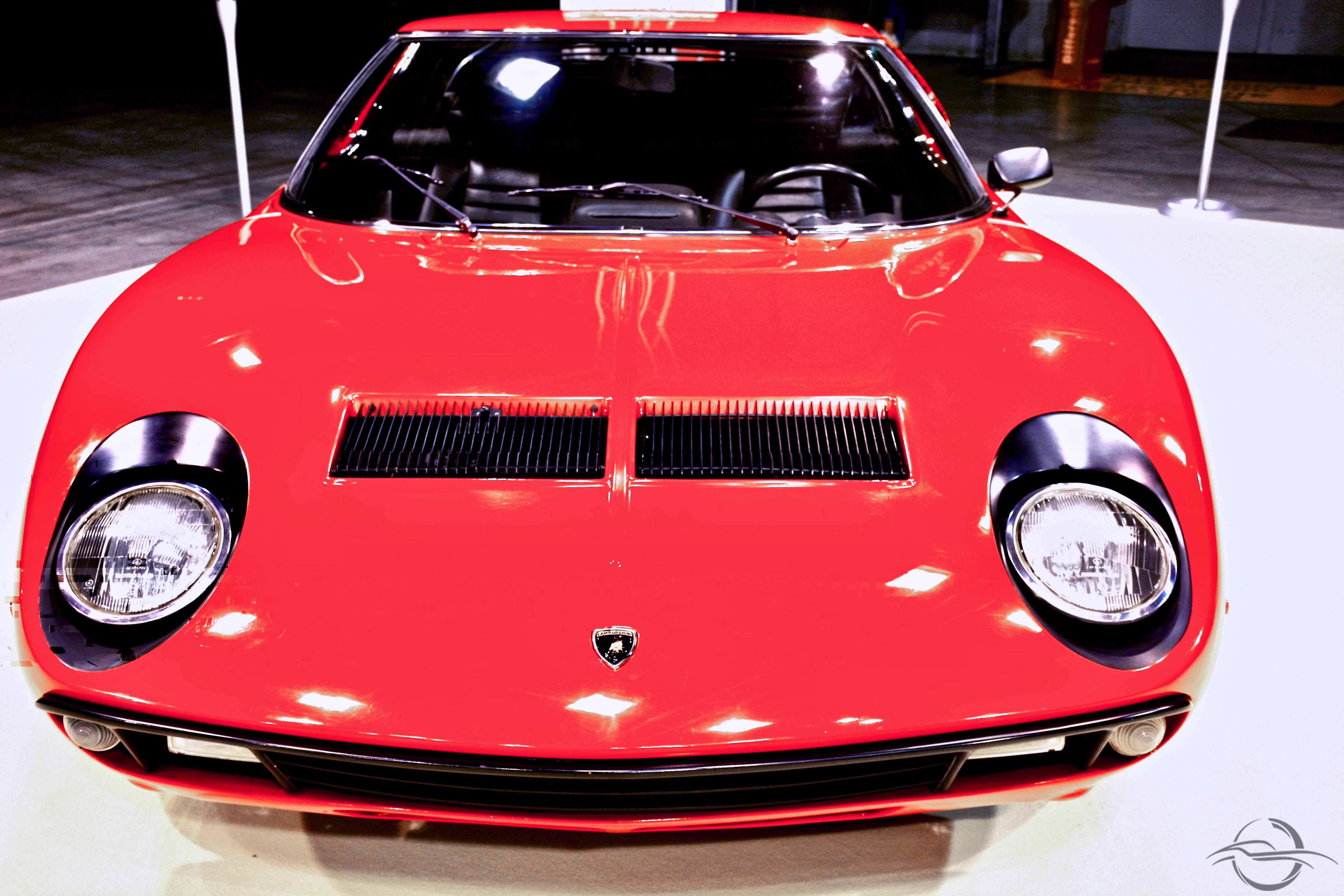 There came spontaneous applause for the kiss, for both the giver and the receiver! This prompted the racing car’s owner to turn round. Someone was whispering that this was Ray Lovelock, busy magnifying the qualities of the car to an acquaintance of his. He left him, he approached the passenger side’s door and he invited with the other hand the blond to get in; she didn’t need encouraging, and while she did the complicated contortion to sit down on the very low chair, we all admired some beautiful legs, wrapped in hold-ups and once again, the black lace panties. While circumnavigating along with the bonnet, he winked and quickly, he sat down behind the driver’s seat, and after three more ritual revs, he steered the spaceship by 180 degrees and disappeared in no time at all. 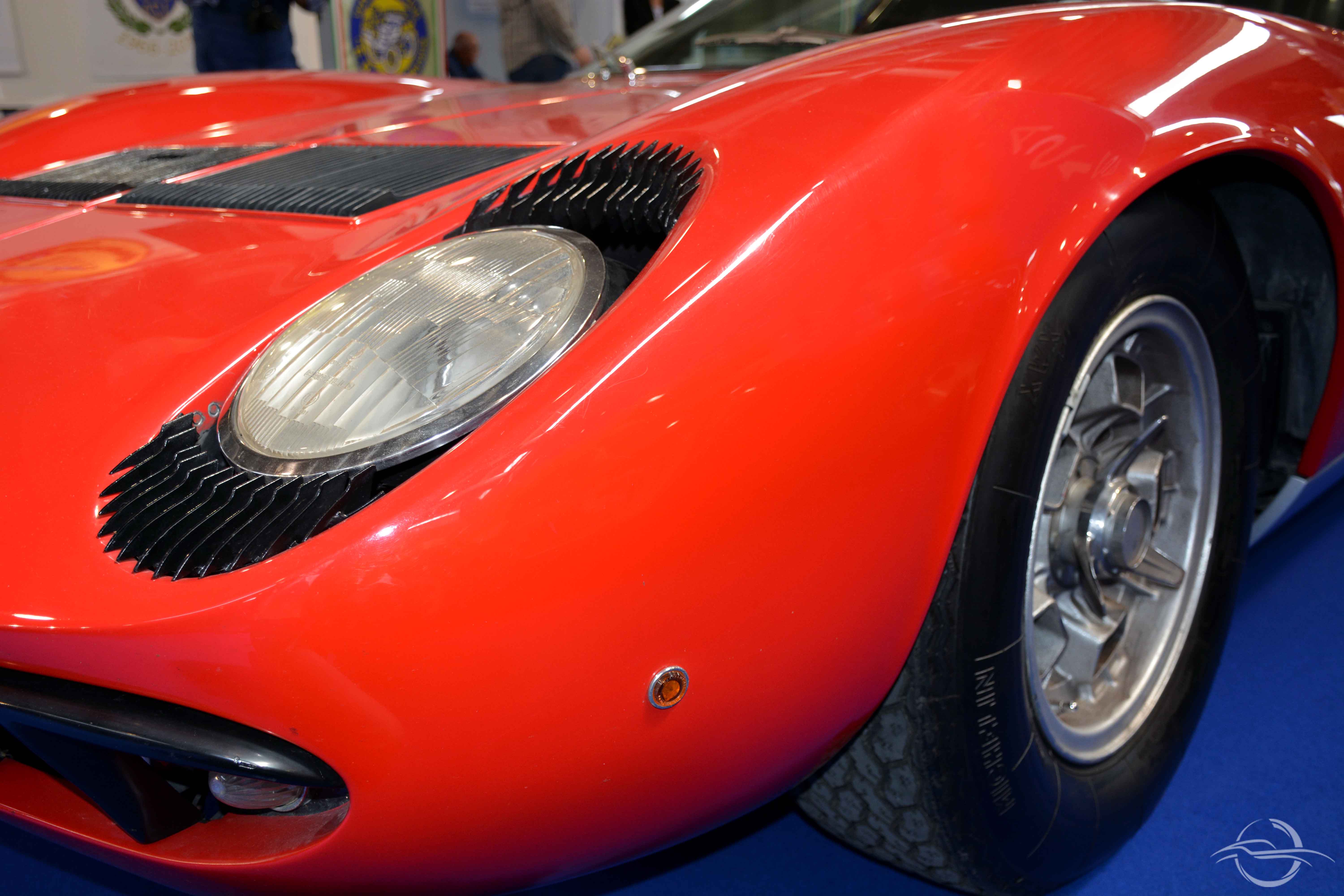