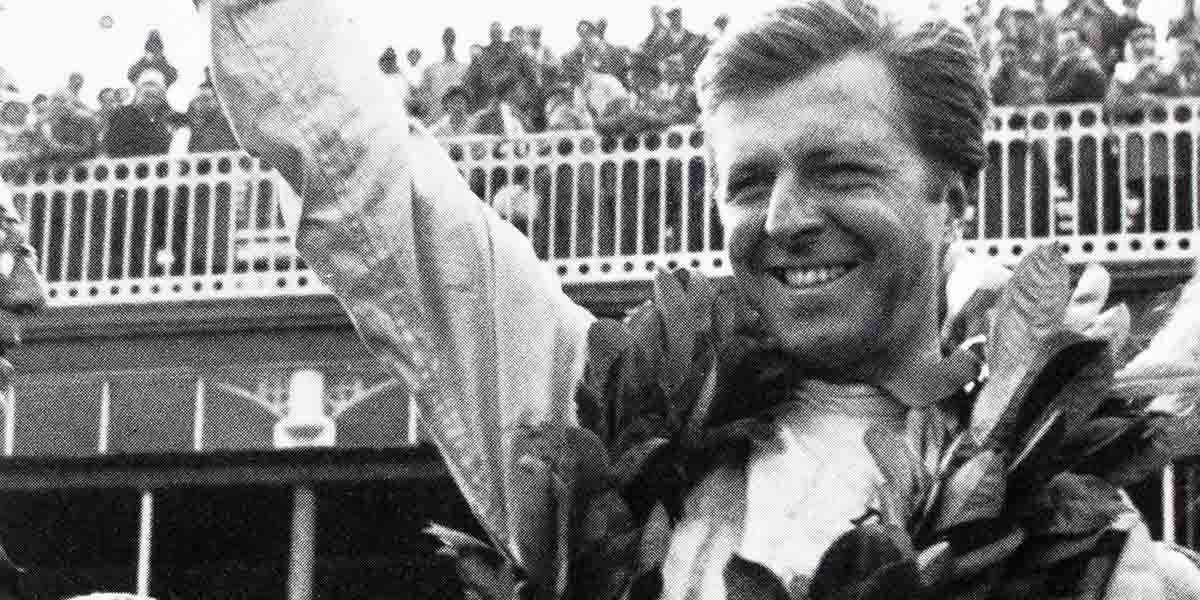 Wolfgang von Trips was the only child of a noble German family. His relatives obstructed his passion for racing cars, to the extent that he started racing under a false name, Axel Linther, as his nickname, “Taffy”, was too well-known. He achieved relevant results straight away, in countless races and across different categories, driving for Porsche and Mercedes. In 1956, driving a Porsche, he won in the sport category: at Sebring, Le Mans and Avus. Then, he moved on to Ferrari, which he continued racing within F1 too.

On 22nd May 1961, at the Zandvoort racetrack, he won with a Ferrari, in front of his teammate, Phill Hill. At Monza’s G.P., he started off in Pole Position, Ricardo Rodríguez by his side. After the Ascari bend, there’s the straight and then the drivers had to get ready for the parabolic curve. That is where the tragedy started: Clark and Trips’ cars touched. The Lotus pirouetted and the driver came out unharmed. The Ferrari took off towards the containment nets, numerous spectators were harmed and the driver was left on the ground unconscious. Von Trips had great driving skills, excellent technical culture and a passion for mechanics. He was a fighter, generous and fiery, a Gentleman behind the wheel and in life.