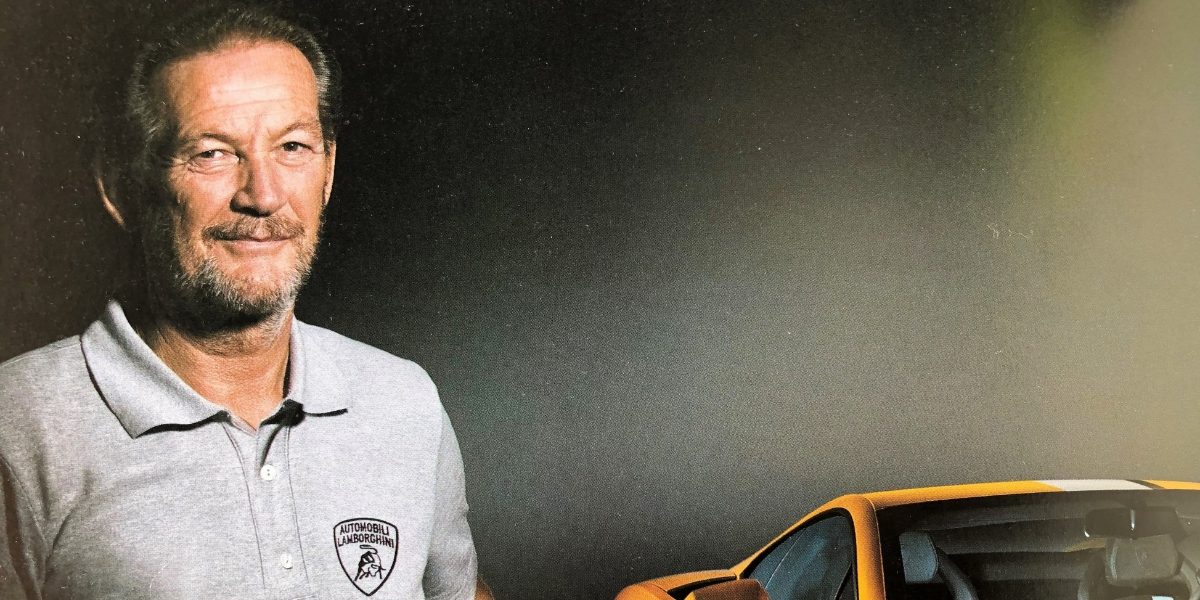 Who drove more Miuras than Valentino? The young Balboni was passing in front of the Lamborghini factory, at number twelve in Via Modena, Sant’Agata Bolognese, while a lorry of the Carrozzeria Bertone was unloading some Miura shells. He enthusiastically lent a hand and they invited him to present an employment application. On 26th April 1968, he started to work as an apprentice mechanic in the customer service department at Lamborghini Automobili. In 1973, he was promoted to being a test driver and his first test drive was in a Miura SV.

Once he became test driver, he supported the chief test driver, Bob Wallace, inheriting his role and position when, in 1975, the New Zealander left the company. Valentino fondly remembers his master, “a wizard, a car wizard”. In honour of his important collaboration, after 40 years of work, Lamborghini created a special edition of the Gallardo, the Valentino Balboni. For Valentino “retirement” is still in the distant future!