The tale of three Lotuses – Part 1 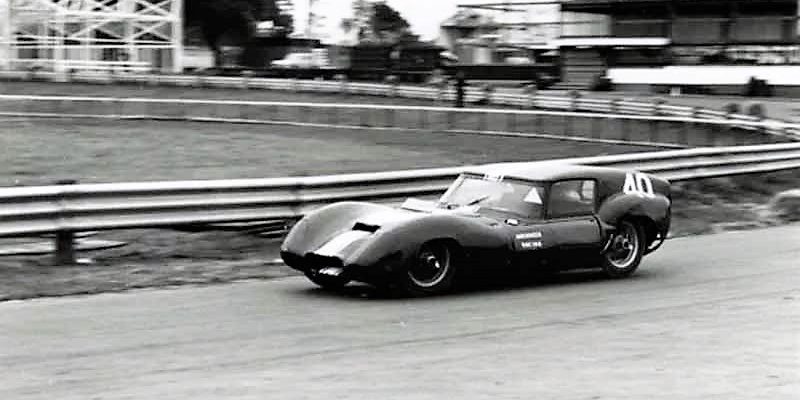 When I went to the West Coast for the university, I often used to go watch the local races and I used to see many Lotus 11s competing. The Sports Car Club of America had many classes that catered to production sports cars and those purpose built for the track. For that latter, the classes were divided to over and under 2liters and when the entries warranted it, there were 2 separate races.

Within the 2liter class, there were subdivisions at 750cc, 1300 cc, 1500cc and 2000cc. The Lotus 11 could be supplied with a 1100cc, 1220cc or 1500cc engine. All three were based on the Coventry Climax stationary water pump engine. These were a very lightweight unit featuring an overhead camshaft. These engines were ideal for the small displacement racing cars being produced in the UK in the late 1950s and were used to power Lotus, Merlin, and Elva cars.

I watched the Lotus 11 win races on an almost regular basis often beating cars many times their engine size. They were real giant killers. I always wanted to race one of these and many years later when I was living in London I had my chance.

One had to be very careful buying a Lotus 11 because there were many fake cars on the market. They were easy to produce and many of the original cars had vanished and their numbers had been reclaimed and appeared on newly constructed cars. Through a friend of mine, I was able to locate a totally original 1958 series 2 car with perfect provenance. The car was the David Plumstead Racing Lotus eleven which had been successfully campaigned in the UK. At the end of its racing life, it had been converted to a GT car by mounting a hard top and riveting it to the original body. It was effective but certainly not beautiful.

When I went to collect the car the top was missing and there was a lot of work needing to be done from the old rivet holes in the body. I didn’t have a workshop at this time in the UK so I put the car with Neil Twyman who had been instrumental in the restoration of my Alfa Monza and he had considerable knowledge of these cars. In about 8 months he had completely restored my Lotus. It looked great! During the restoration of the car, I had sent the engine to Dortmund Germany to my dear friend the late Horst Auer for him to work his magic. I opted for a 1498cc unit for maximum performance. The car was now ready for testing. We loaded it up and headed for Silverstone.

For the first laps, the car was a real surprise for me. It was so light to drive. The steering required no effort at all. The engine was a dream and I was really impressed with the overall speed. I wasn’t used to such a light car and it took a while to get used to it. The brakes were the only problem and I had some problems later on under racing conditions. During heavy braking, all the weight transferred to the front wheels and this made it easy for the rear wheels to lock throwing the car into a spin. I tried to balance this out, but to my mind, I never was completely achieved this.

I lost two races that season when this unexpectedly happened and I found myself facing the wrong direction on the track. I had a great season in spite of this and had many battles with my pal John Beasly who was driving a Cooper T39 Bob Tail. This was a recreation of the races of the period when these two cars had epic battles. After the season finished I was approached by another friend who wanted to buy it. It was with great reluctance that I finally agreed. It was such a sweet car, but as was so often the case with me I needed the money to finish my Maserati 250F so I loaded it on my trailer and delivered it to the new owner.

Keep following the story The tale of three Lotuses – Part 2