The return to the track 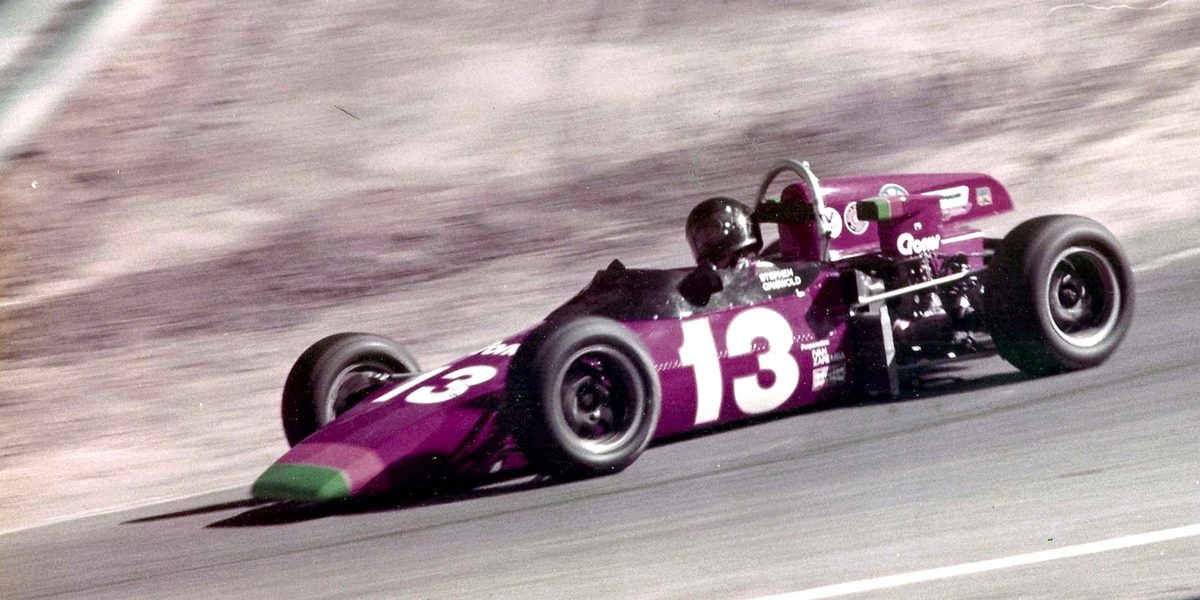 From time to time in my career, I have had to give up on racing due to its incredible expense. Whenever I found more money I tried to restart racing. It was always very difficult because like any sport when you don’t practice you lose your sharpness. Racing was like this. After an absence for 3 years, I was once again bitten by the racing bug and I looked around to find a car that I wanted to race. Robert Bosch was sponsoring a professional series for single seaters using VW engines that were highly developed and were giving out about 170 HP. One of my friends had a car that he wished to sell. He had been very successful and won several races. The purses were $10,000 for the winner so there were many aspiring drivers that were drawn to this series.

The best way to enter a series like this is to buy a well-sorted car so that you are competitive at the start without a lot of wasted time sorting a new car. I decided to buy a TUI which was of monocoque construction. It was designed by a New Zealander Allan McCall. It was a jewel of a car and very fast. I got a lot of spares and all the setup information for the circuits where the series was run.

It had been at least 3 years since I had done a race. I had to renew my license and I decided to pick a low key SCCA regional race to acclimatize myself with the car and to revisit my racing skills which were very rusty. I decided to go to Riverside for a spring race in April.

Riverside is almost in the desert so I was sure that it would be a dry weekend. The first few laps of practice were a real eye-opener to the progress that had Taken place in racing car construction. I was way too slow and little by little I increased my speed until I was up to a respectable pace. I must admit that in the first laps I really thought I had made a mistake to start racing again. After the practice session, I found out that had qualified midfield. At least I wasn’t last and I knew that in the race I would be able to find a bit more pace as I was on a learning curve.

The following day it was pouring down rain and I thought how unlucky I was to have to race in the wet for the first time in years and in a new car. This wasn’t the best situation but I was here to learn so no excuses.

Riverside had a series of very fast blind turns just after the start line. These were flat out for those that knew the circuit well. On the sighting lap, I noticed that there were small rivers flowing across the track from the runoff from the rain. I made a mental note of these and continued around the circuit to form up for the rolling start.

As we approached the starting line the flag dropped and we were off. I had forgotten the wheel to wheel action and I really wondered again if I had made a mistake to buy this car. On the second lap, I began to settle in and started to think about how to pass the car ahead of me. Slowly but surely I started to make progress and found myself directly behind the 2nd place car. The next lap I decided that I would pass him. By now I was going a lot faster and when I came to the blind curves I was really flying. I had forgotten about the small rivers on this part of the track. When I hit the water the car aquaplaned and went off the outside of the circuit.

When it hit the wet terrain the car accelerated and went through a small ditch into a bank. It was a really big crash and the car was a mess. I cracked 5 ribs. I also caught a cold so that the combination of the cracked ribs and coughing caused unbearable pain. Now I really wondered if I had made a huge mistake.
I had several months to think about this while I repaired the TUI for the next race. After I repaired my car and by midseason, I was back on form and I managed to win the Super Vee category for the SCCA Northern Pacific region. So in the end even after an auspicious beginning, I emerged victorious with a smile on my face.