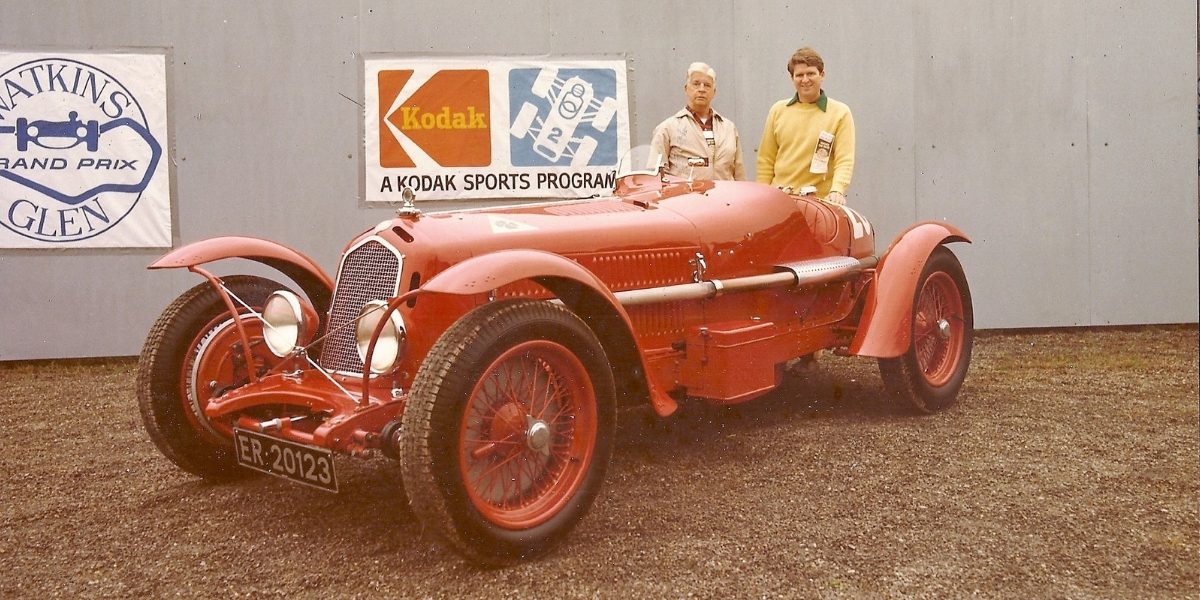 I have written in the past about the influence my father had on my life. All that transpired was a reflection of my childhood and the wonderful preparation that I received as a child while working in the summers at the FT Griswold Manufacturing Company in Wayne, Pennsylvania. In addition to learning machining skills, I was also bitten by the fascination for speed on two and four wheels.

As soon as I became twenty-one, I signed up to get a novice license with the Sports Car Club of America. I was a very lucky young man because my dad had given me new Alfa Giulietta Spider Veloce and this doubled wonderfully as a road and racing car. All that was required was fitting a rollover bar and it was ready for me to go to racing school.

In 1961 there were no racing schools as we think of them today. You went for two weekends to a circuit and an instructor climbed in the car with you and sometimes took the wheel to show how it was done. You either had the ability or not and that was what was required for a novice license. Based on your finishing results you advanced to a National license.

My father, you may recall, was the winner at the 1948 Watkins Glen road race the first USA road race after the War. He had also won a few prewar events in his Alfa P3.

I aspired to be a good driver like dad and I worked on this. I had a roommate at University from Hawaii called Bob Durant. He had raced in SCCA on the Islands and he showed me some of the tricks of the trade like toe and heel where you brake the car while shifting down using the accelerator pedal and brake pedal simultaneously.

I used to practice all these things on the roads in the hills that surround Berkeley. Bob was an excellent teacher and I was a fast learner. Today these things are taught in racing schools with qualified instructors with video aids.

On the 30th anniversary of my father’s win at Watkins Glen, there was a historic event run by the Vintage Sports Car Club of America. I decided to enter Bob Harrison’s Alfa Romeo Monza. Bob had been my father’s best friend and was a real supporter of mine. 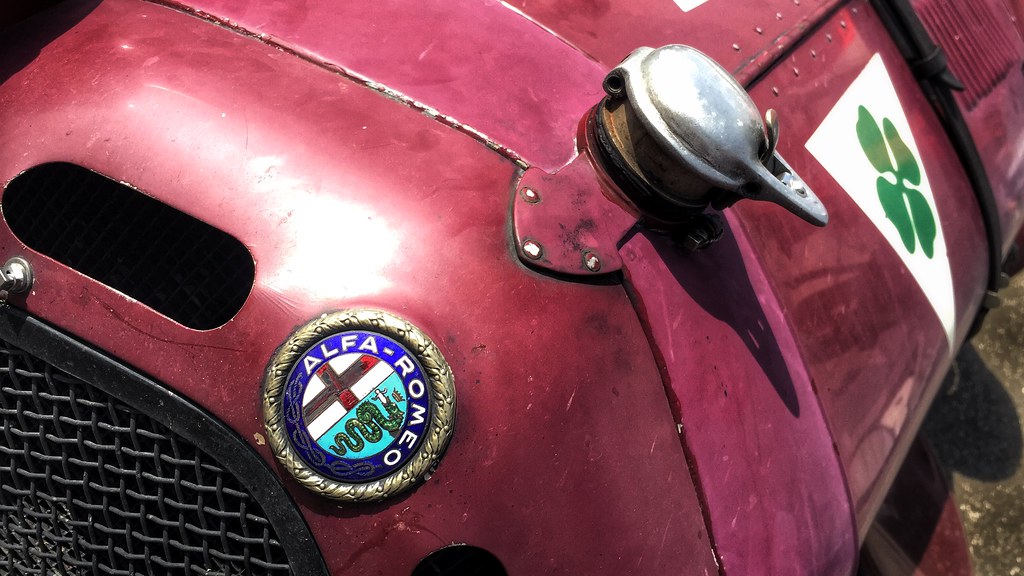 Picture do not represent the vehicle described in the article

The Alfa Romeo Monza was in Berkeley so we loaded it up on a trailer and started the long trek to Northern New York finger lakes district.

It took 5 days to make the trip and we arrived without any problems at Hammondsport the birthplace of aviation pioneer Glenn Curtiss. The local high school where he attended had been transformed into a museum and contained many old photos and designs for his motorcycles and early aircraft. Curtiss is attributed with building the first seaplane and there were photos of his plane landing on one of the nearby lakes.

There is also wine production in this area. “Bully Hill” is well known in the Area and we did our best to assist local consumption.

The following morning, we went to the Circuit and unloaded the Alfa Romeo Monza. The VSCCA had made the Prewar race their main event. There were a good entry Bugattis type 35B and 51 as well as BMW 328. I had the only Alfa Romeo.

Practice went without a hitch and I was fastest with My friend Bill Serri in his Bugatti 51 GP a fraction of a second slower. I was really hopeful for the race especially because it was the 30th anniversary of father’s win in his Alfa Romeo 8C 2900 B Berlinetta and I hoped to duplicate this with the Alfa Romeo Monza.

After the start, I took the lead and Bill wasn’t able to match my pace. I extended my lead. I didn’t have anyone to give me signals so I just waited for the checkered flag to come out. Eventually, the starter hung out a rope with a hangman’s knot and waved it at me. This must be the VSCCA equivalent of the checkered flag. I slowed down and relished the victory. I had done it!

Three-quarters of the way around on my victory lap Bill Serri tore by me at full speed. Why? Then it dawned on me. I mashed the throttle down and closed up on Bill’s tail as the checkered flag was waved for him, not me. I had blown the race by ignoring what all racers are told. The race isn’t over until the checkered flag is waved!

The hangman’s noose being waved was a tradition of the VSCCA that indicated you were on the last lap. Unfortunately, nobody told me… What a disappointment!!!