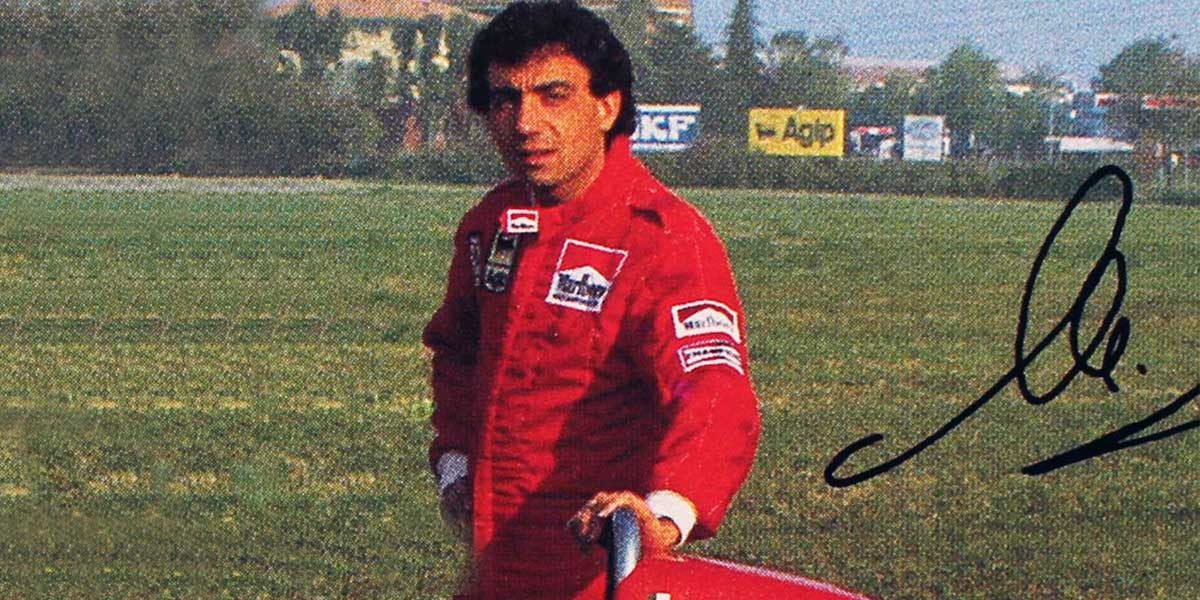 The former Ferrari driver left a deep empty space due to a tragic accident which occurred on the Lausitzring track. He was testing an Audi R8 Sport.
We believe that he was the greatest Italian driver of the past decades. He was from Milan when his career took off, he was driving a Lancia Beta Montecarlo for the Martini Racing team.

His debut in Formula 1 was at the San Marino GP, in 1981, driving a Tyrrell-Ford. Maybe Enzo Ferrari noticed him due to the two victories in the USA, he said about him: “…Alboreto, a youngster who drives well, with few mistakes. He’s quick, with a nice style. They’re skills which remind you of Wolfgang von Trips, who Alboreto looks like also due to his well-mannered and serious attitude. I am convinced that it’s something which is of primary importance and my fondness for him is well-known…”. The parenthesis with the Ferrari team started in the 1984 season, and it came to an end in 1988. In 1985, he made millions of Ferrari fans dream because he animatedly fought to take the world championship from the hands of “the professor”.

That year’s Monaco GP remained special for Michele Alboreto “maybe my best race, the most exciting nevertheless”. He yielded to Prost during their duel. The following years were more of a drop, but not in terms of enthusiasm and passion. He raced with Tyrrell, Arrows, Footwork, Scuderia Italia and Minardi. He won the 24 Hours of Le Mans in 1977 and the 12 Hours of Sebring in 2001, which was the last victory in his glowing career.