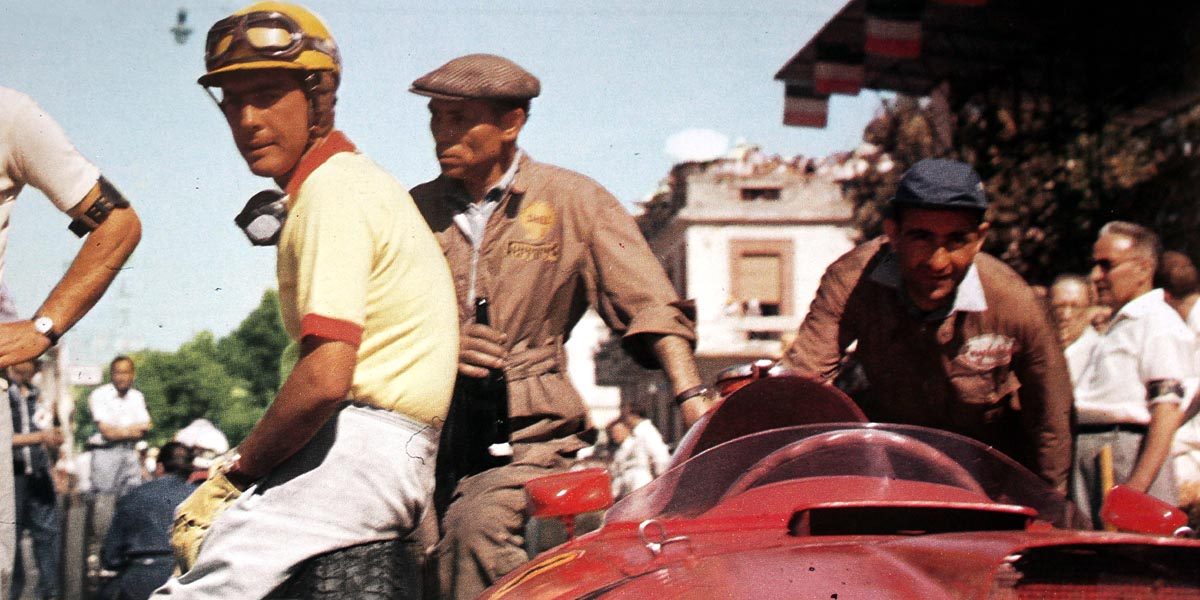 His father put him in a boarding school in Mondragone with the Jesuits, who gave him a very strict education. On the outside, he looked very self-confident, inside, there was a small rift. Musso was the only person in the Ferrari team never to bend his head towards the inside of the curve: he used to keep it straight, to have an even view at all time and to own the situation. He confessed: “There is no point in hiding it, taking a bend at 200 km/h, at the limit of human possibilities, when the reason doesn’t assure me if I can make it or not, scares me a little”.

His first car was a Fiat Topolino when he still didn’t have a driving licence, he used to sit behind the wheel, pretending to drive it. A fast career: in 1952 he started with a 750 Sport. In 1953, he won the Italian Championship and he repeated it in 1954 and 1955 in the 2 litre Sport category, with the 6-cylinder Maserati, where he was the team’s official driver. He came third at the Mille Miglia and second at the Targa Florio. In 1954, he made his debut with Maserati in F1, at the Italian Grand Prix. Then, in 1956, he moved to Ferrari and, in the same year, he won the 1000km in Buenos Aires, with Castellotti and Gregory. In 1958 he won the Targa Florio with Gendebien.

On 6th July 1958, at the Reims’ racetrack, on the ninth lap, there were two Ferrari’s at the front: Mike Hawthorn in the first place and Musso just behind. At the ‘du Calvaire‘ bend, you needed to lift your foot off the gas. With his boldness, Musso didn’t do it and the Ferrari ended up on the outside of the track, which was fatal for him. “The majority will never know the full truth or the truths”.
Luigi wasn’t a tough guy, but he was sensitive and full of inner life, he dived into the races headfirst, with his enthusiasm and passion.