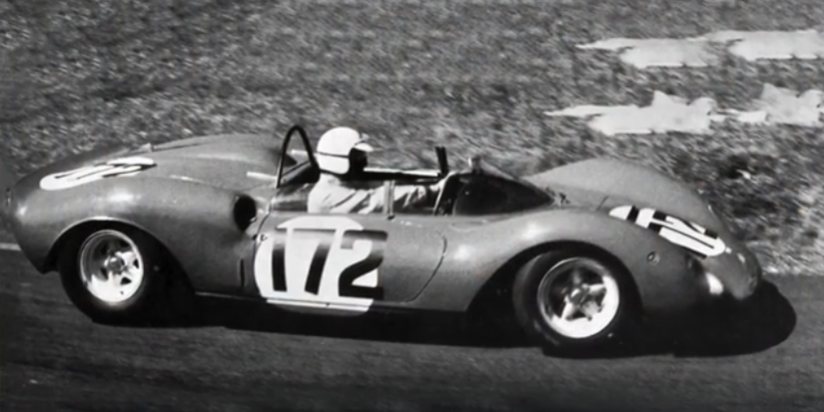 Lodovico, Ludovico, or Lulù if you prefer, was an eclectic driver, able to give his best in a hill climb race, as if he was driving an F1 car. The support received from his family, since his father was a racing enthusiast too, enabled him to debut with well-prepped cars. Scarfiotti came first in his category in his first race, in a Fiat 500 C. He obtained his first major victory at the 1956 Mille Miglia, in a Fiat 1100 TV, elaborated by De Sanctis.

In the following year, Scarfiotti won the Italian GT championship and the Mountain Trophy with a Zagato bodied Fiat 8V. He repeated his successes in 1956, with an OSCA 1100. He improved his outstanding driver skills, both on the track and on the mountains, and he was hired for the official Ferrari team. He achieved excellent results, with two victories: at the Sebring 12-hour race with Surtees, and at the Le Mans 24 hour, with Bandini. He came second in the Targa Florio. He came sixth in Holland, during his F1 debut. He ended the season with a very serious accident.

When the 1964 races resumed, he was still racing with the Ferrari team. He won, partnering with Vaccarella, the 1000km at Nürburgring. He wanted to prove that he wasn’t only a daddy’s boy who could afford races, and two extraordinary years came. In 1965, he won the European hill climb championship and once again the 1000km Nürburgring race with a Surtees. In 1966 he won the Italian GP with the Ferrari 312, he was the first Italian to win it after Ascari’s victory in 1952.

His relationship with Ferrari was cloudy and, in autumn 1967, he signed a contract with Porsche for the hill climb championship. It was during one of these hill climb races, on the Premio Delle Alpi track in Rossfeld, that Ludovico lost control of his Porsche 910 and he ended up off the track. It was the 8th June 1968 when we lost the last great gentleman of auto sports.