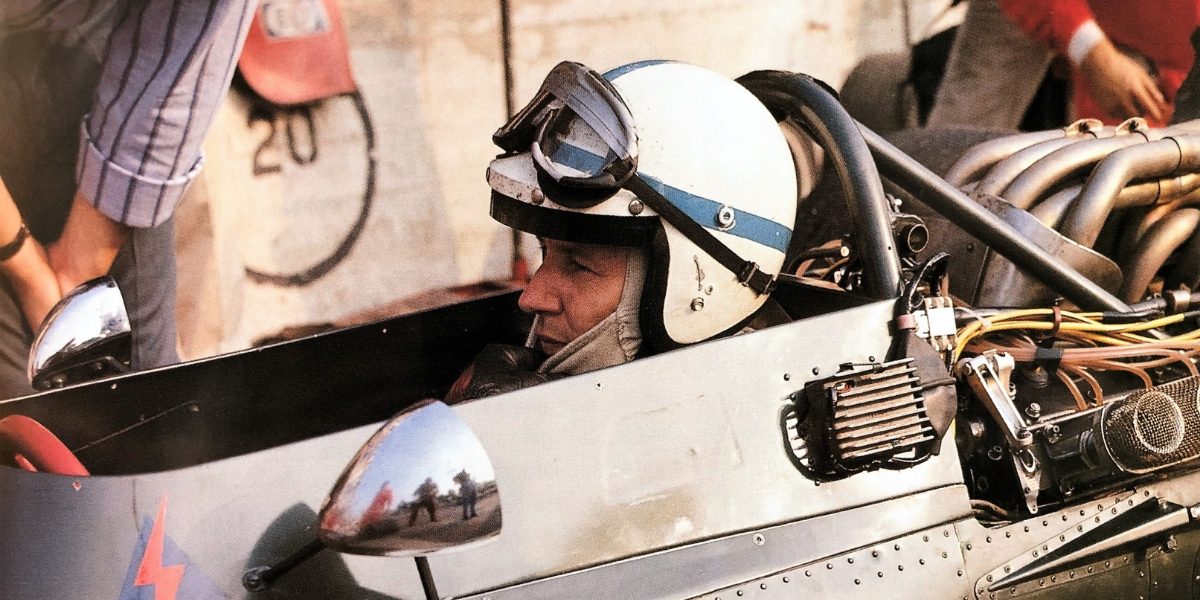 John Surtees had already won the world championship four times with the MV Agusta when he tried a racing car. The motorcyclist turned out to have extraordinary skills, and his search for different trajectories, which enabled him to use the car and the track in the best way, surprised many. His excellent driving didn’t go unnoticed and Lotus hired him for F1 in 1960.

At his first Grand Prix, in Monaco, he withdrew. During the following one, in Silverstone, he came second. In 1961, he moved to the team Yeoman Credit, which had Cooper cars, but that was the year of Ferrari with von Trips, Hill and Baghetti. Ferrari made Surtees a proposal that he refused because he’d already made an agreement with Lola.

Not long after, in ’63, Big John landed in Maranello, even if the season wasn’t that great, he won his first F1 GP in Nürburgring. The year after he became world champion, helped by the wonderful collaboration of his team partner, Lorenzo Bandini. On the Le Mans track in 1966, he broke up from Ferrari and Surtees moved on to Cooper.

In 1967, driving a Honda, the first example of a Japanese racing car in F1, he won the Monza GP. He continued the collaboration with “Hondola” in 1968, which took its nickname from the contribution provided by Lola. Surtees had some technical ideas which were original and he made his debut, with his own car, in 1970, but he didn’t achieve any major results.

At the end of 1972, he decided to hang up his helmet. A stubborn, tenacious driver, he fluctuated between enthusiasm and discouragement, but his will was untouchable!