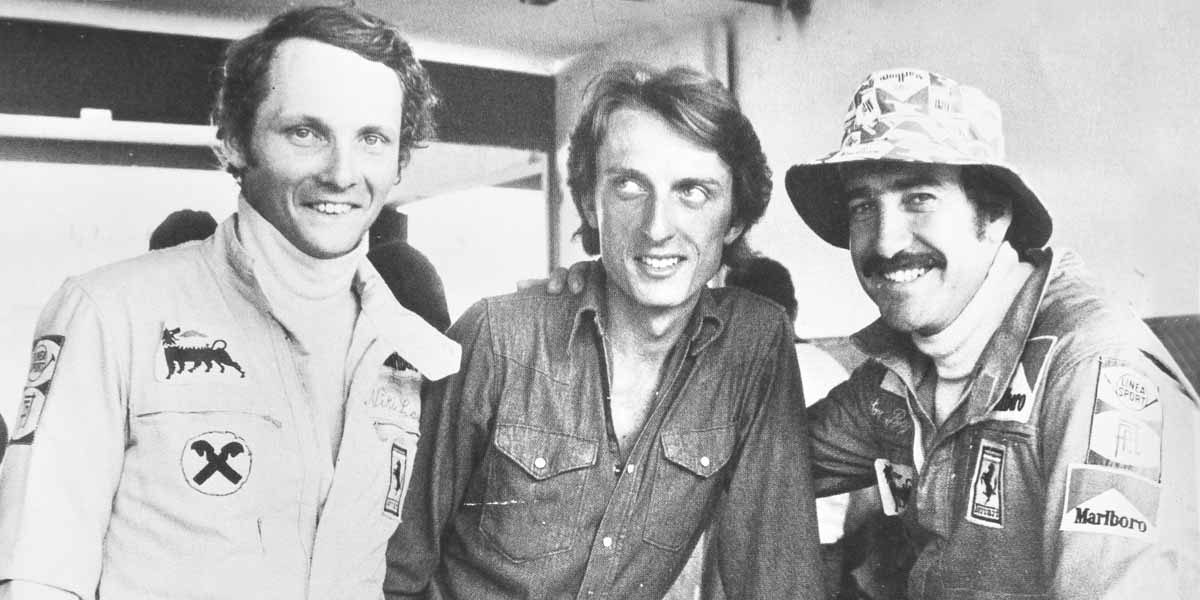 Gian Claudio Regazzoni, who was nicknamed “Clay” by everybody, except for his mother.
A very thick crowd gathered in Monza, for the F1 Grand Prix. It was 6th September 1970, Clay Regazzoni was in top shape and set up the race with great skill and intelligence. He skilfully avoided Beltoise and Stewart’s attacks. The public jumped over the fences and invaded the track. Clay Regazzoni’s first F1 victory occurs in a suggestive sports celebration’s setting, with around two hundred thousand spectators. On that same evening, Clay organised and celebrated his mechanics, “the authors of my victory”! He finished his first F1 season in third place in the world championship. A major success. After eighty races with the Prancing Horse team, Clay started on the F1 grid in an Ensign single-seater car.

The Morris Nunn patron wasn’t dealing with the unruly Clay as portrayed by the press, but a highly professional driver.
1978 with Shadow, the following year with Williams. In 1980, on the Long Beach track, while driving the Ensign single-seater, he crashed against the Brabham stopped in the run-off area, due to a malfunction of its braking system, reporting very serious spinal and leg wounds.
G.P. Foletti summarises, in a few words, the characteristics of a man who is remembered: “A good driver, maybe less lucky than others, a good man with a wide smile, who was honest and had great sportsmanship. A likeable guy, who was always ready to help others, who was elegant in his gestures, with strong human nature and great wisdom”.
“You don’t drive with your legs, but with your head!”, thank you, Clay.