The resurrection of Ferrari 250 Testa Rossa 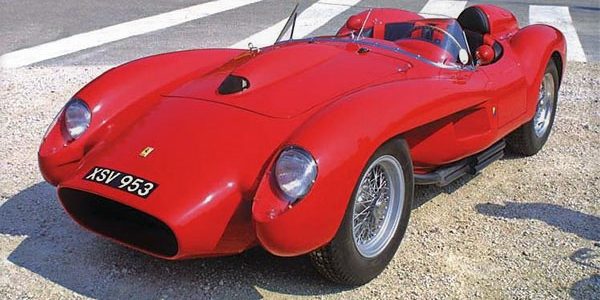 In 1958, Luigi Chinetti, the USA importer for Ferrari, took delivery of 0720TR from the factory. The Ferrari 250 Testa Rossa was presold to Jim Johnston, of Meadowdale Illinois. In Jim’s hands, the car was a regular contender in SCCA races throughout the Midwest and also made a trip to the 12 hours of Sebring where it finished 7th overall and 4th in its class.
A few years later, Johnston sold his Ferrari to another SCCA racer, David Biggs, in Missouri, who continued to race it in SCCA.

In 1965, David Biggs had a fire in his garage where he kept the Ferrari 250 Testa Rossa, his road Ferrari, a 212 Vignale Coupé and an Alfa Romeo 8C 2900. By the time the firemen arrived, there was nothing left but smoldering embers and three twisted piles of metal, that some hours before had been two beautiful Ferraris and an Alfa Romeo.

David Biggs was a farmer and lived on a vast expanse of land. He was so disillusioned after the loss of his cars that he decided to bury them in one of his fields. He took a tractor, with a shovel and, one by one, took the remains of the three cars to their burial ground. This story was well-known to the locals, but they had no interest in racing cars, so years passed by and eventually David Biggs died.

I was living in the UK in the 1980s and one day, my friend, Rodney Felton, called me. He asked If I had ever heard this story. I hadn’t, but Rodney was one of those people who never takes no for an answer and he contacted a mutual friend, Henry Wessels, in Pennsylvania, to go to Missouri, look for the burial ground and see if it really existed.

Henry made several trips during the next years and eventually found what appeared to be signed, not far from David Biggs’s, where past digging had taken place. When David had died, he hadn’t bothered to tell anyone exactly where he had buried his cars. In those days, old racing cars weren’t worth much, but now, 20 years later, prices for them had soared. Rodney gave the ok to proceed and Henry rented a backhoe and driver, went to the site, started to dig and in a short time struck pay dirt.

The remains of the cars appeared in their grave where they had laid for years. The backhoe continued digging until all the twisted, badly rusted pieces of frames and other steel parts were in a pile beside the hole. Henry then went to see the children of David Biggs and made an agreement to buy all the remains on behalf of Rodney.

When the remains arrived in the UK, Rodney contacted me. He asked me if I would be interested in resurrecting his Ferrari 250 Testa Rossa from the bits dug out of the ground. I agreed to meet him in Italy, at my friend Giovanni Giordanengo in Boves, Piedmont, and look at the project. 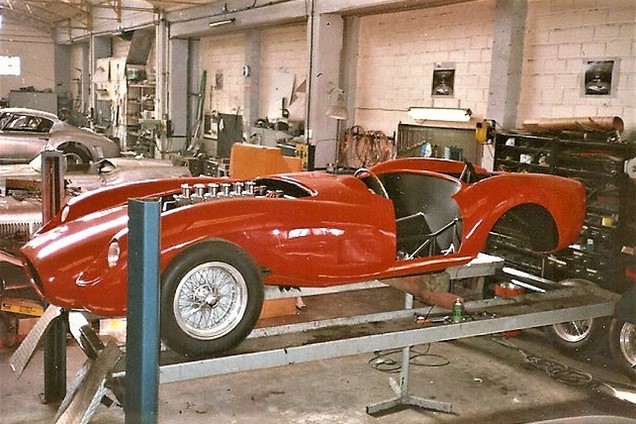 Giovanni was an artisan and he agreed with me that this would be a wonderful rewarding job, to save this beautiful Ferrari 250 Testa Rossa.
A week later, Rodney arrived with a van full of all the steel parts that the fire hadn’t consumed all those years ago. There was a twisted frame in pieces, axle tubes a crankshaft and front suspension. All the alloy parts had been consumed in the fire. 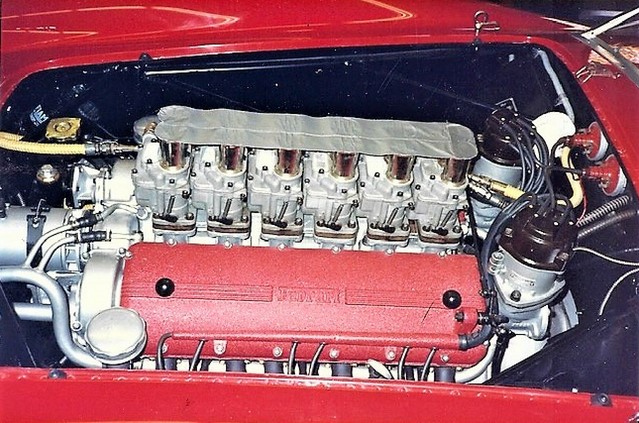 All that was missing had to be made new and this took about 3 years. First, we cut the front cross member from the original. This had the chassis number stamped in it: 0720TR. All the rest of the frame we made new, but by retaining the original cross member with its number we had repaired the frame and therefore the car was considered to not be a replica, even though it was mostly new! 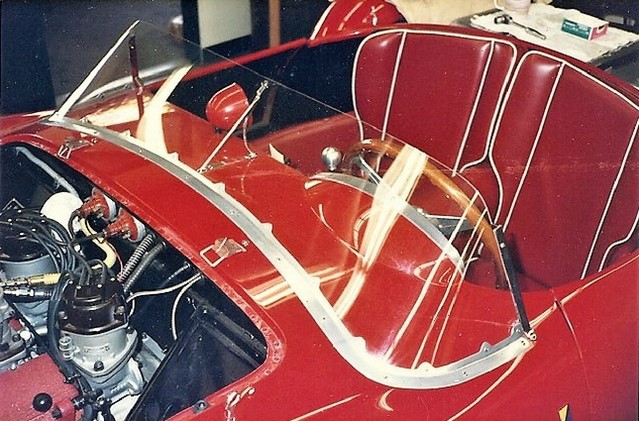 The car came out beautifully and Rodney was really pleased. He kept the Ferrari 250 Testa Rossa for many years until he died and the car went to a German client who still has it today. This was a really rewarding job for me, to be able to save such an important car for the world to enjoy once more. 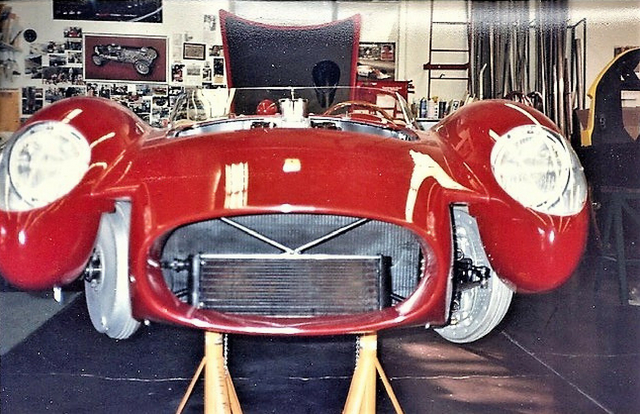