“OH MY” My First Ferrari

My roommate at the University of California Berkeley, Bruce Owen, was also a motorhead like myself. He was a San Francisco native and was well connected to the Northern California Sports Car scene. He often spoke of his dear friends, Art and Kathleene Connell, who lived at Pebble Beach and also Fiji. Art had a Ferrari, but Bruce wasn’t sure exactly which model it was. He had spoken to them about me. At this time I had started my business in Oakland on 49th Street. One day Bruce called me and asked if I would like to join him and go to visit Art and Kathleen and have a look at the Ferrari.

We drove down the Coast Highway and after about 3 hours arrived at the Pebble Beach gatehouse, called Art to let us in, and drove to his house. We had a wonderful lunch and after we finished he suggested we go have a look at his car. Because he spent so much time in Fiji he had decided to sell the Ferrari because he hardly used it. We walked down to his garage and I was stunned when he opened the door to see a lovely Ferrari 212 Export Barchetta with a beautifully proportioned Carrozzeria Touring body.

The original owner had been a Sicilian Nobleman and he had competed in the Targa Florio and the Mille Miglia in this car. The car was cosmetically perfect, but the mechanics needed serious work. This was common for these old racing cars that had been forgotten when their competitiveness had passed. Art asked if I would be interested. Of course, I was interested, but I knew I didn’t have the money. I told him to give me 10 days to think it over and I would give him an answer. 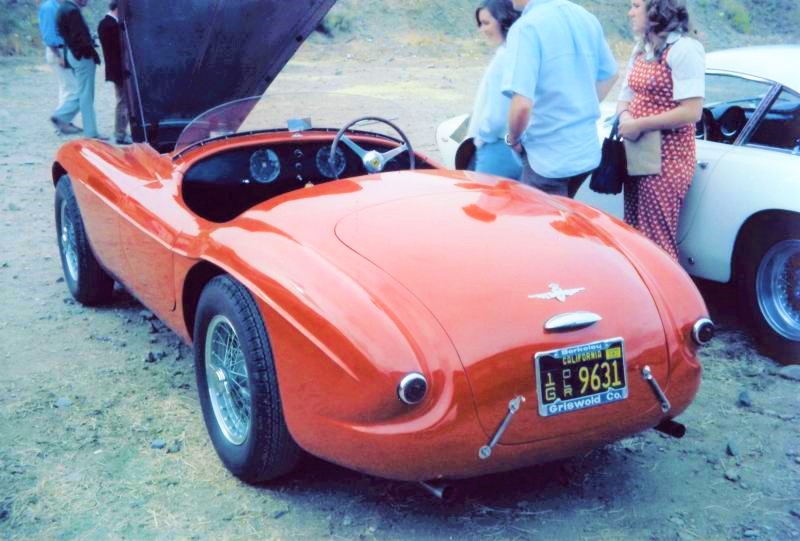 I had just been appointed an Alfa Romeo dealer and my bank had set up a floor plan so I called my banker, a lady, and sold her on the idea of putting the Ferrari 212 Export Barchetta on my floorplan to sell it later at a profit. She agreed and I became a used Ferrari dealer!
I went down to Pebble Beach a few weeks later and paid Art for the car. He told me how he had received the car as a Christmas gift from his wife. They had seen it at the Pebble Beach Concours d’Elegance and Kathleen had secretly negotiated to buy it from my good friend Chris Cord. When Art was away from their house she had had it delivered.

On Christmas day Kathleen asked Art to go to get some firewood from the garage. When he opened the door there was the Ferrari 212 Export Barchetta looking splendid with a ribbon tied around her and a Christmas card attached.
Art told me that he looked at it stunned and the only thing he could say was OH MY!! which then became the name of the car. He had OH MY for 5 years before he sold it to me for $5000. A few years ago RM auctions sold it at their Bellagio Auction for 6.5 million euro. OH MY!!!

I had brought Dealer license plates with me so I put them on the car and drove her back to Berkeley. I made a mental note of all the problems that needed correcting on the drive home. I had heard stories how Ferraris were overrated, but I would soon discover that most of these were the result of incompetent servicing and excessive wear especially in the suspension that was easily corrected by fitting some new parts.
I couldn’t wait to start the restoration on my car, but this is another story…