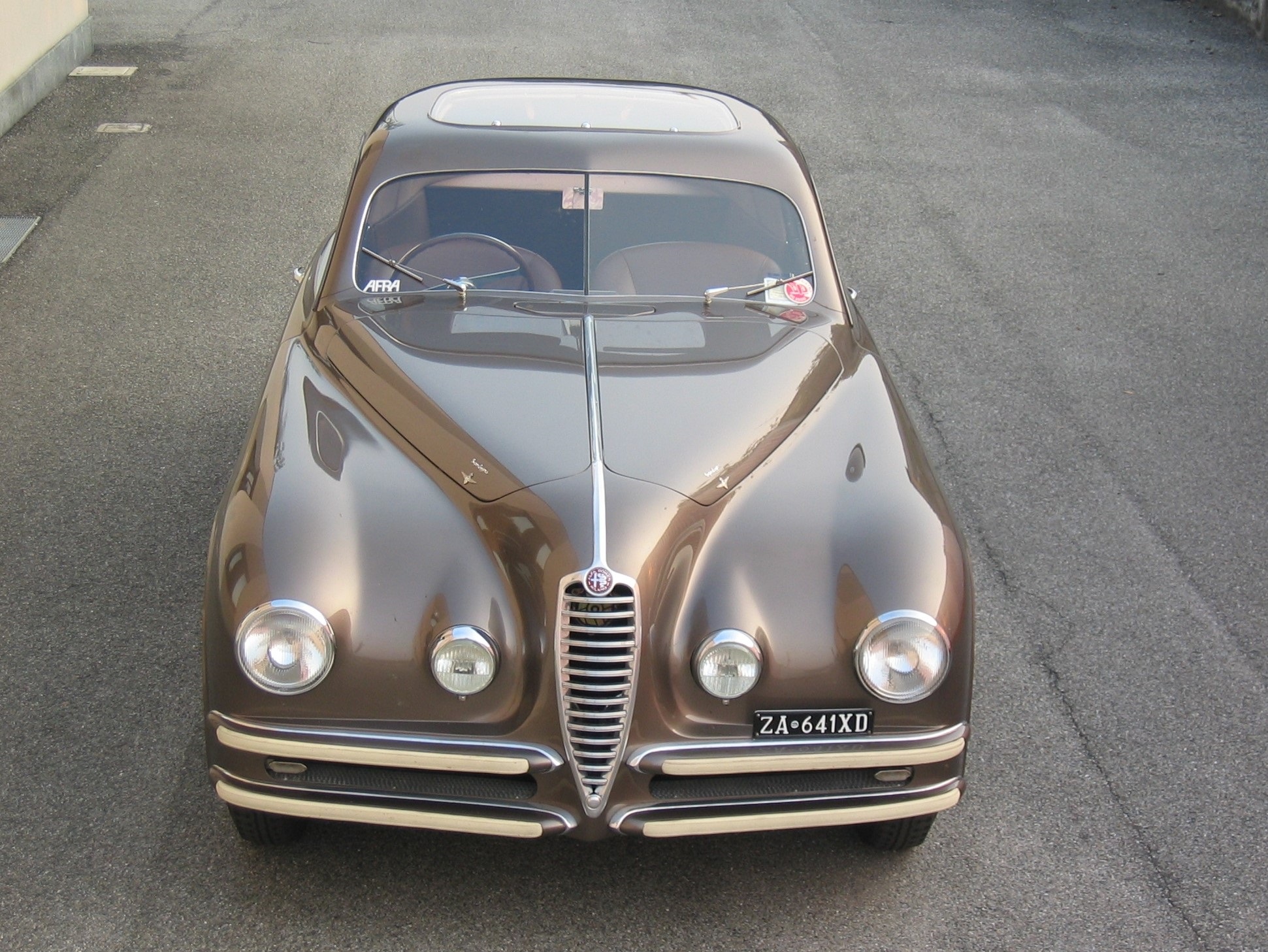 AFRA was set up in 1946 at 92 Corso Sempione,Milan, by the Giorgetti Brothers: Adriano and Angelo.At that time, there were two other partners, Emilio Bozzi and Mario Salis,who however, left the company after a few years. All the four partners had previously worked for Alfa Romeo.

At the beginning of the ’60 years Afra became associated with Alfa Romeo, as spare parts dealer.Some years before the branches at Roma and Verona and the new place at Via Caracciolo 26 were running.

In 1998 We left Via Caracciolo and We moved the headquarters to Settimo Milanese where in 1982 We had built up an area of more 3.000 sq.m. which included the main warehouse, and an official Alfa Romeo workshop for modern and vintage cars. Now the place where it used to be the workshop hosts our historic collection; we kept all the toolings, the wall colors, the inscriptions, the badges and the car lifts in the same conditions as they were till 1995 when our workshop was running.

Claudio, Adriano’s Giorgetti son, joined the company in 1972 and Alessandra and Matteo, the third generation, are now working with their father Claudio.

We are Alfa Romeo spare parts specialist and We have in our store either reproduced parts for 1928 6c 1500, for ’60 Giulietta and Giulia or original parts for 156,159 and Brera. We can proudly say that 80 years of Alfa Romeo Historic cars run with some parts supplied from our company.

That is true: We are official supplier for the Alfa Romeo Museum of Arese and the twice Historic Millemiglia winner in 2005 and 2007, 6c 1500 GS of 1930, is the test bench of reliability of our spare parts.

We ship Alfa Romeo spare parts all over the world in 40 different countries, everywhere an Alfa Romeo’s owner need the parts. Our export department correspond in English and French with the support of different specialist regarding the prewar, afterwar car,Giulietta, Giulia,Spiders and current models.