Moonlight drive with an Austin 7 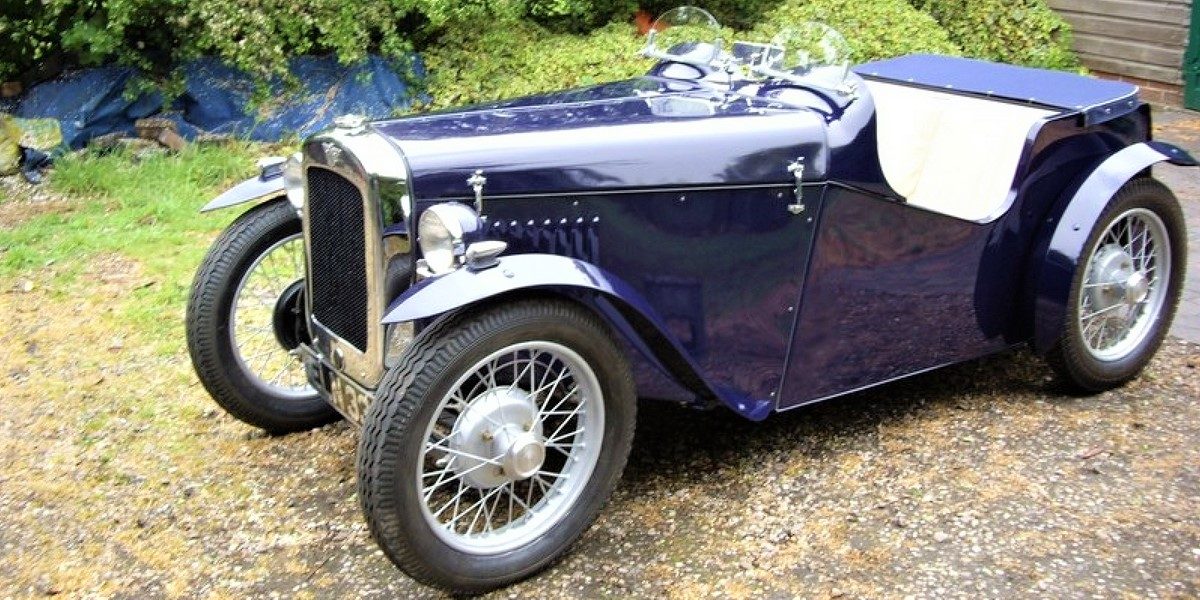 For my 10th birthday, my father decided to surprise me by giving me a car. He had found an Austin 7 that was with a local policeman and decided that this was just perfect to learn on, both from its maintenance, and to hone my driving skills. This wasn’t just any Austin 7 but a conversion done by Cambridge Engineering in the UK. It looked very sporty like a J2 MG and featured a Hi compression an alloy cylinder head to give it a bit more performance. It was very light with its alloy body so the performance was greatly improved.

The idea was for me to restore it and thereby learn mechanical skills and the basics of how a car works.

The first thing I did was to join the Austin 7 Owners Club in the UK. This was a great move and really was helpful for this neophyte Austin 7 owner. They were so helpful and in those days before Internet, they always wrote me nice letters full of useful information gleaned from their many members. Most of the spares that I ordered were used but in good condition and came wrapped in the local newspapers.

I set about rebuilding my Austin 7 to the best of my ability. I was very careful and frequently would go to dad and ask his advice. After about 8 months the car was ready to test. I was so excited. I hadn’t really finished it and things like the lights and wings needed to be fitted but I wanted to drive it to see how good a job I had done.

It was July and a full moon so I decided to take a drive on the local roads and use the moon for my headlights. All worked out great and it was easy to see the road with the really bright moon. I decided to drive down the local lover’s lane. It was a Saturday night and full of couples in their cars. I made one pass by and on the second a big flashing red Light went on. It was the local police. Oh God no!!! They followed me for a bit and then stopped me by the side of the road.

They saw there were no lights on the car and asked me if I was insane to drive a car at night like this. Aside from this, I was 11 years old so I had no driver’s license either.

It was a jail job for me. They put me in the back seat of the Police car and took me to the Wayne Police station and locked me up in a cell. In those days, communities were smaller and everybody knew each other.

I was allowed to call my Mother and at about midnight she came to spring me out of jail and take me home. The following day we had to meet the Police chief Captain Bones. He was a lover of flowers and my mother, always a charmer told him how beautiful his flowers were because she often drove by his house on the way to market. He was charmed by her and had no interest to discuss me other than to warn me to stay off public roads until I had a valid license and to never drive a car without headlights again especially at night!!!! My mother has saved me too. Bless her.

I had learned my lesson but it was an exciting adventure. I did take one more drive at another time but returned home safely with no police problem.