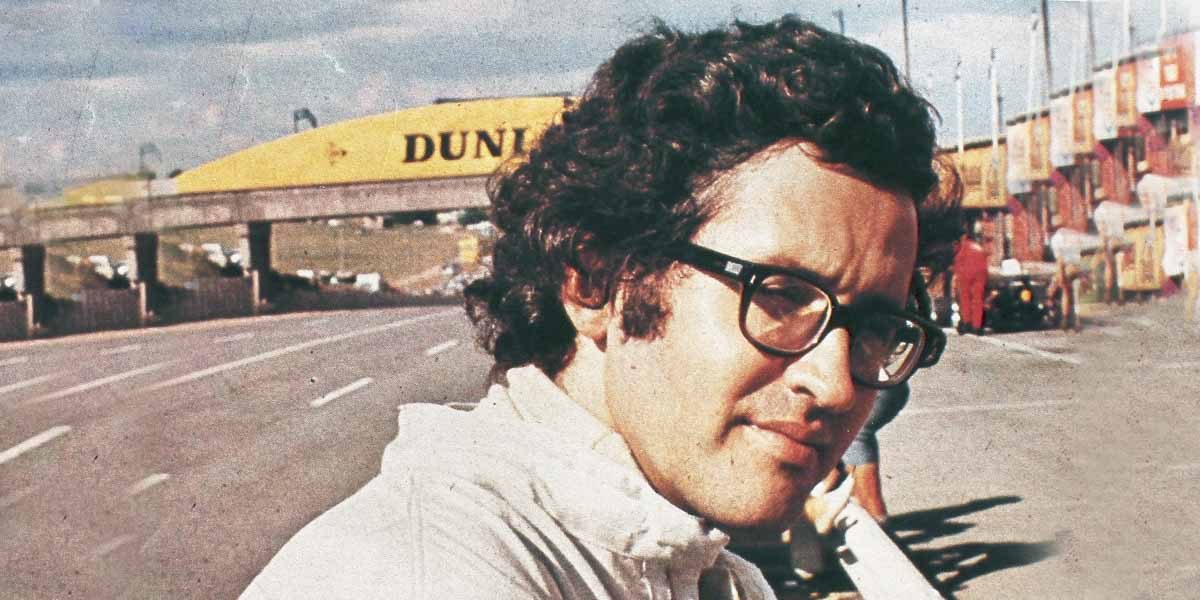 “Up until 1969, I had an ‘I have faith in God’ approach. From 1970 to 1972, I went quite fast and reasonably. From 1973 to 1974, I reasoned maybe too much, to the detriment of speed”.
De Adamich, a native of Trieste, a real sports enthusiast. His first car was a Triumph, which he destroyed in the third test run of the Trapani to Monte Erice race.

He went from the Lola Junior, prepared by Pedrazzani, to the Alfa Romeo, which opened him the doors for the official team. His debut was in Monza, with a AR 2600 Coupè, prepared by Conrero. The season ended at the Trieste-Opicina race, after a serious accident. In 1965, he became the Formula Junior champion with the Lola.
He was sent to try the Ferrari P3 with Eugenio Dragoni. In 1965, in Imola, driving a Brabham F3, he won his first race. De Adamich was a Touring car European champion with the Alfa for two years, in 1965 and 1966. Marcello Sabbatini, Autosprint’s director, arranged a meeting between him and Enzo Ferrari and they signed a contract for six races in F1 and the F2 European championship.

In 1968, an accident at Brands Hatch forced him to wear a plaster-cast for months. They refused to give him the medical (no impediment) clearance to get back to racing, so he got a Swiss sports licence and won the F2 Argentinian Temporada. He had a constant link to the Touring cars and Prototypes, as well as to the F1 with McLaren, which had an AR 8 cylinder engine. In 1971, with the F1 March-Alfa Romeo, he could have been Italian champion overall, if he didn’t have a Swiss licence. In 1972, with his Italian licence, he was on track with the F1 AR and the Surtees. At the British GP, he was involved in a serious accident and in 1974, before he retired from competitions, he was once again overall champion with the Alfa.