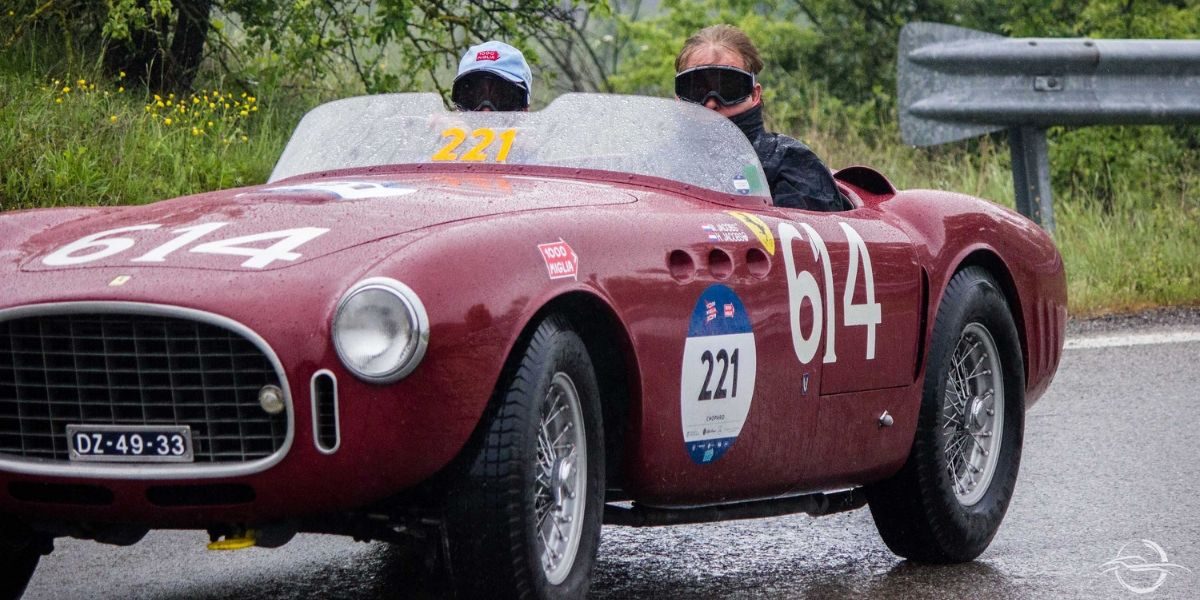 A talent for forming bodywork runs in Alfredo Vignale’s family. His father, both of his uncles and brothers were car painters. At the age of eleven, he joined a metalworking firm as a workshop apprentice, and when he was 17 he became a full-time assistant panel-beater at the Stabilimenti Farina.

In late 1946, he was duly established in via Cigliano, in Turin, where Carrozzeria Vignale was born. His two brothers were also involved in the new enterprise.
Italy was undergoing a period of economic recovery. It was a moment for new energies, new projects and implementations in the automobile industry too.

Carrozzeria Vignale started off their production with three special aerodynamic coupés on behalf of Cisitalia. The next body they fitted was a second hand Fiat Topolino. When the Carrozzeria Vignale won the second prize in a design competition it was soon receiving direct commissions from both Fiat and Lancia.

The crucial factor in Alfredo Vignale’s success was his association with Enzo Ferrari’s sports car factory, in July of 1950. An association that was to last only four years, and that collaboration of Vignale/Ferrari, led to the production of about 156 bodies. Alfredo Vignale collaborated with the bold designer Giovanni Michelotto and together they became car architects who were capable of combining liveliness and elegance. He was just the man to transform Michelotti’s inspired hunches into concrete projects.

The first Ferrari to be built with a Vignale body was a type 166 MM coupé with chassis 0062M. Every Vignale model had its own individual character.
One new development was two-tone paintwork, it went on to become one of his trademarks.

The years ’52 and ’53 are often referred to as Vignale’s “air vent period”. When he was building Ferraris with two or three ovals or air vents.

Alfredo preferred to create personalized components that blended in with his own designs.
He preferred to carry on building one-offs and prototypes, of which he never produced more than a dozen models of the same design. He liked to describe himself as a metal artist.

He signed hundreds of bodyworks, such as many OSCAs, Abarths, Cisitalias. He also “dressed” many American cars, such as the Cunningham C-3, Packard convertible, Cadillac Bill Frick special. The beautiful BMW 507 Convertible. The Triumph Italia 2000 Vignale coupé. He embarked on new challenges all the time, for example, the Aston Martin DB4 for King Baudouin of Belgium. He built for Maserati the great 3500 GT Vignale Spyder. While for Fiat he created the Gamine Spyder.

The last Ferrari to be bodied by Vignale was introduced at the 1968 Turin Motor Show. It was an estate car, based on a stock Ferrari 330 GT 2+2 that he built for Luigi Chinetti.
The choice to have artisan production was the cause of a financial crisis in the late ’60s.

De Tomaso, who at that time had already taken Ghia over, along with the Ford Motor Co., moved to purchase the struggling Carrozzeria Vignale. Unfortunately, when control of his company was about to pass to Ghia in 1969, Alfredo Vignale met his death following a tragic car accident. Therefore, the Pantera went into production at the Vignale plants in Grugliasco, but all the cars naturally carried a Ghia badge.

Alfredo Vignale was a simple man and yet a formidable artist who contributed to the post-war renaissance in Italian automotive design.