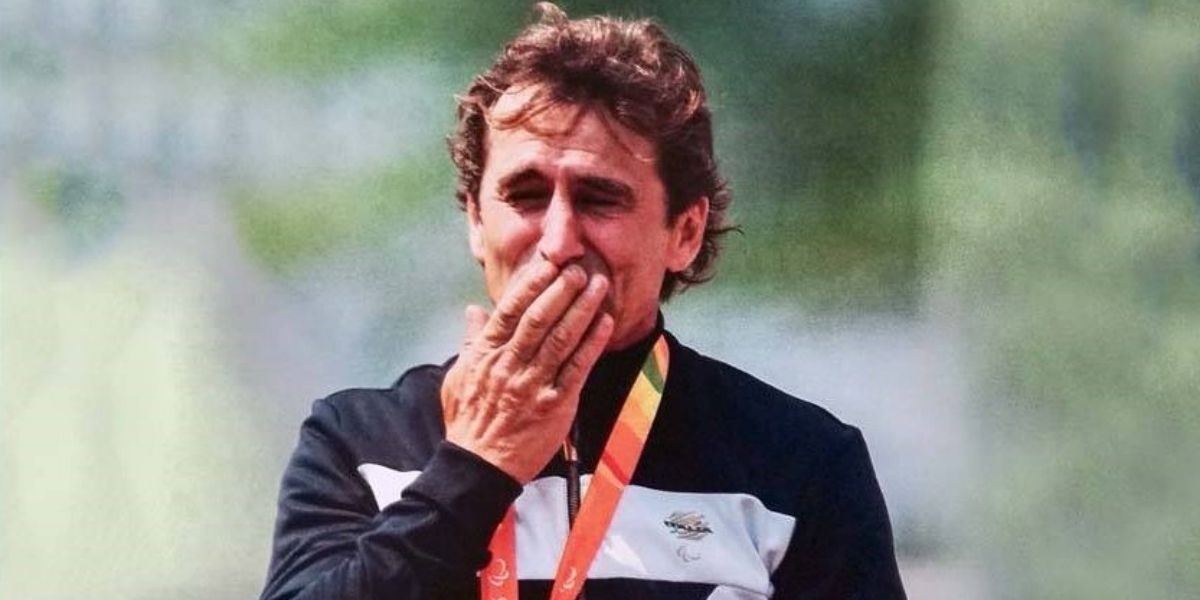 Some photographs can be really moving… Alex Zanardi rejoicing as he drives over the finishing line, for example. Does it ever happen to you?“When I woke up without my legs, I looked at the half legs that I had left, not the half that went lots”, this is Alex Zanardi, a hero in a few lines. The wish to live of the paralympic champion is overwhelming. His smile is contagious. His irony is irrepressible.

Alex, who grew up in Castel Maggiore, became fond of motorsports when he was a child. He started off with his first victories with karts, then he climbed up the ladder until he landed in F1, driving for Jordan, Minardi, Lotus and Williams. He flew across the Ocean to race in the CART / Champ Car American series.

On 15th September 2001, he had a dramatic accident on the Lausitzring track, where he risked his life and lost his legs. He had an outstanding recovery and gained a new sports career in para-cycling, racing on a handbike. The palmares is striking and it is always being updated. In last September, after winning the para-cycling world championship, he wrote his exciting message “How many joys, disappointments and then even greater joys in this life. But, and now against every prognostic, there is still a long journey ahead… so let’s continue with all of the enthusiasm that my generous heart is still allowing me to find”.